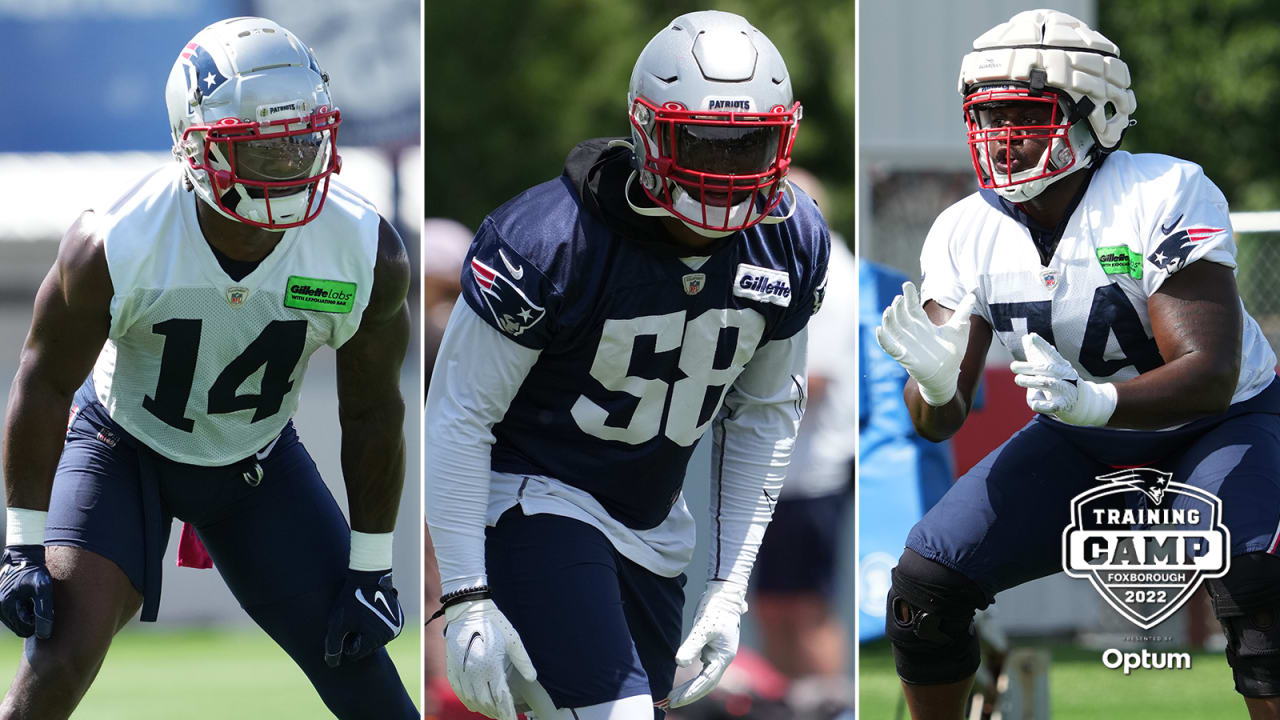 The Patriots completed their first week of training camp practice on Wednesday, toning things down with their first non-padded session since the weekend. While it was a slight downshift after two days of padded action, there continues to be a collection of lesser-known players that are standing out and making an early case for a roster spot.

Here are five of those players who have set themselves up well for next week’s first preseason game against the Giants and the ensuing week of joint practice sessions against the Panthers.

Arlington Hambright – Few probably took notice when the Patriots signed Hambright to a futures contract in mid-January of 2022, but he’s been showing up well as his opportunities have increased. During Tuesday’s practice, we had Hambright down for two wins and no defeats during one-on-one blocking drills. A 2020 seventh-round pick of the Bears out of the University of Colorado, Hambright was a left tackle in college who transitioned to guard. His athleticism from him is a big plus and likely the reason the Patriots have been getting a closer look at him inside in recent practices. With some uncertainty along the offensive line’s depth, Hambright should see plenty of joint practice and preseason reps with a chance to win a job.

LaBryan Ray – An undrafted rookie who battled injuries through his career at Alabama, Ray has been a handful for blockers since the pads came on, showing good burst and power. We charted his one-on-one reps on Tuesday and he came away with a perfect 4-0 record, defeating Bill Murray, Carl Davis and Yodny Cdonde twice. The Patriots didn’t make many additions to their defensive front this offseason, with Ray and sixth-round pick Sam Roberts the only two new faces to join the position group. He, along with Daniel Ekuale, represent potential pass rush complements to Christian Barmore, who has been dominant through the first week of training camp. Ray’s scouting report mentioned his ability to two-gap as well, adding an intriguing layer of what could potentially be an eventual three-down defensive lineman if he was to stay healthy and continue to stack successful practices together. Like all rookies, he’ll have his ups and downs over the next three weeks, but if he keep being as disruptive as he’s been, he could be the latest undrafted rookie to surprisingly make the squad.

Anfernee Jennings – Another former member of the Alabama Crimson Tide, Jennings was thrown into the fire in 2020, playing a third of the defensive snaps and just over a quarter of the special teams snaps, but then missing the entirety of 2021 due to an undisclosed injury. Now back and healthy, Jennings has brought some feistiness to early training camp practices, showing good physicality and disruptiveness in team periods. With some turnover going on at the second level, Jennings could find himself being a rotational edge player who has the size to hold up against the run, and the toughness to be productive as a pass rusher.

“Yeah, the big thing with Anfernee is he’s out there,” said head coach Bill Belichick prior to Wednesday’s session. “So he’s been out there every day. He’s working. Of course, if you’re working, you’re improving. It’s good to have him out there and he’s made progress every day. He’ll get some good opportunities coming up in the near future along with some other guys in that position and we’ll see how it turns out.

“Obviously it was difficult, not being able to play football for the first time in like 17 years, but I’m blessed and have the opportunity to be back out here,” said Jennings after Wednesday’s practice. “I’m making the most of it.”

Ty Montgomery – Maybe it’s a little strange to have an eight-year NFL vet as an “under-the-radar” player but Montgomery has been extremely involved this summer while James White remains on the PUP list and rookie Pierre Strong is limited. It was clear when the Patriots signed him that Montgomery was their kind of versatile player, one who played running back and receiver in the NFL as well as returned kicks. He’s done all of those things for New England as well through the first seven practices and has shown a knack for finding the edge of the defense and turning the ball upfield.

“Ty is another player that had a real good offseason for us,” said Bill Belichick on Wednesday. “Again, it’s a player we’re getting to know, trying to get familiar with what his skill set is, what he can do. He’s pretty versatile. It looks like he can do a lot. We’ll see how all that goes together. But he’s a smart kid, learns well. We’ll see how he does in the kicking game and in some different roles offensively and just go from there.”

Brendan Scholer – LaBryan Ray isn’t the only undrafted rookie who has popped a bit, as Brendan Schooler has been a fixture with the special teams group while also getting quality reps at safety despite the significant depth within the position group. Anyone familiar with Schooler’s background as both a receiver and defensive back in college shouldn’t be surprised to find a three-phase player getting some attention in New England. Despite a stacked safety group, Schooler’s special teams prowess cannot be ignored as the Patriots have some significant roles to fill. Schooler might just be the latest special teams stud to make a career out of it with the Patriots.