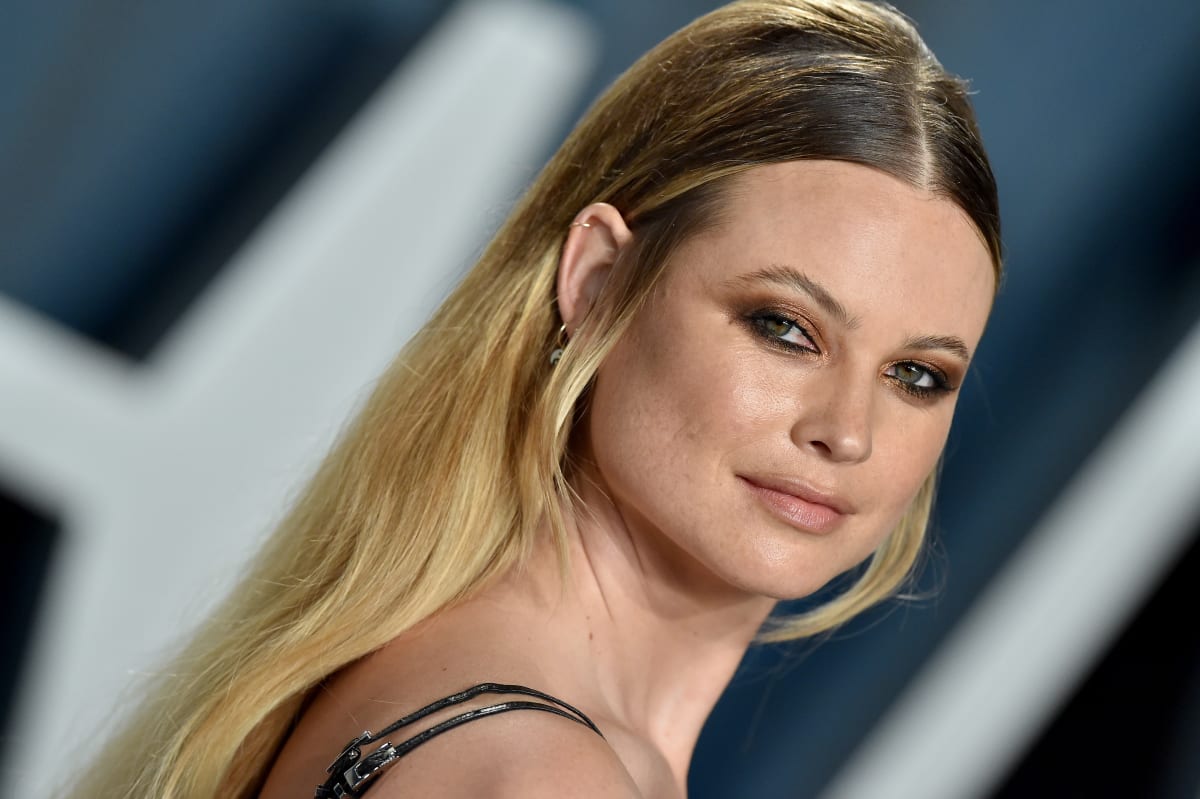 The supermodel is currently expecting her third child with Adam Levine.

Behati Prinsloo made her baby bump a fashion statement in her latest series of Instagram photos, which show the supermodel posing in an out-of-this-world maternity shoot.

Prinsloo—who is currently pregnant with her and husband Adam Levine‘s third baby—shared the sultry snaps to Instagram on Tuesday, Nov. 22, showing off her growing belly in a barely-there body suit, thigh-high stockings, and chunky black platform boots.

“Baby #3 👽,” the 33-year-old captioned her post in anticipation of their newest little babe-to-be. Prinsloo and Levine are already parents to daughters Dusty Rose6, and Gio Grace4.

In the first of the eccentric pics, Prinsloo is seen putting on a leggy display while reclining in a chair next to a large stuffed bunny. The next photo offers a closer look at her outfit, which appears to be a bodysuit with a midriff cutout that’s just perfect for a growing belly.

Earlier on Tuesday, the former Victoria’s Secret Angel shared more off the wall photos of her pregnancy body, this time wearing nothing but a rolled-up white tank and underwear, as well as a paper Burger King crown. The second slide shows her holding on to her tummy while making a silly face and sticking out her tongue for the camera.

But it didn’t stop there, as Prinsloo also shared another series of Instagram pics, this time including a more cryptic image of her crawling on hands and knees with a horse mask on her face. Another shot shows her of her balancing a My Little Pony doll on top of her bump of hers.

“Slaying the belly,” one fan commented under her second post on Tuesday, while others couldn’t help but gush over the quirky nature of the pics.

“These keep getting weirder and weirder. 😂😂👏,” one user playfully added.

Earlier this year, Prinsloo and Levine made headlines just days after announcing the third pregnancy when an Instagram model came forward with claims that she was “manipulated” into a year-long affair with the Maroon 5 frontman.

Levine, 43, later addressed the allegations, denying the affair but admitting that he did send inappropriate messages. He also claimed to have “taken proactive steps to remedy this with my family,” as For the previously reported.

Now, the married couple–who have been married since 2014–are getting closer to welcoming their newest addition to the family, although a due date has not been revealed to the public.