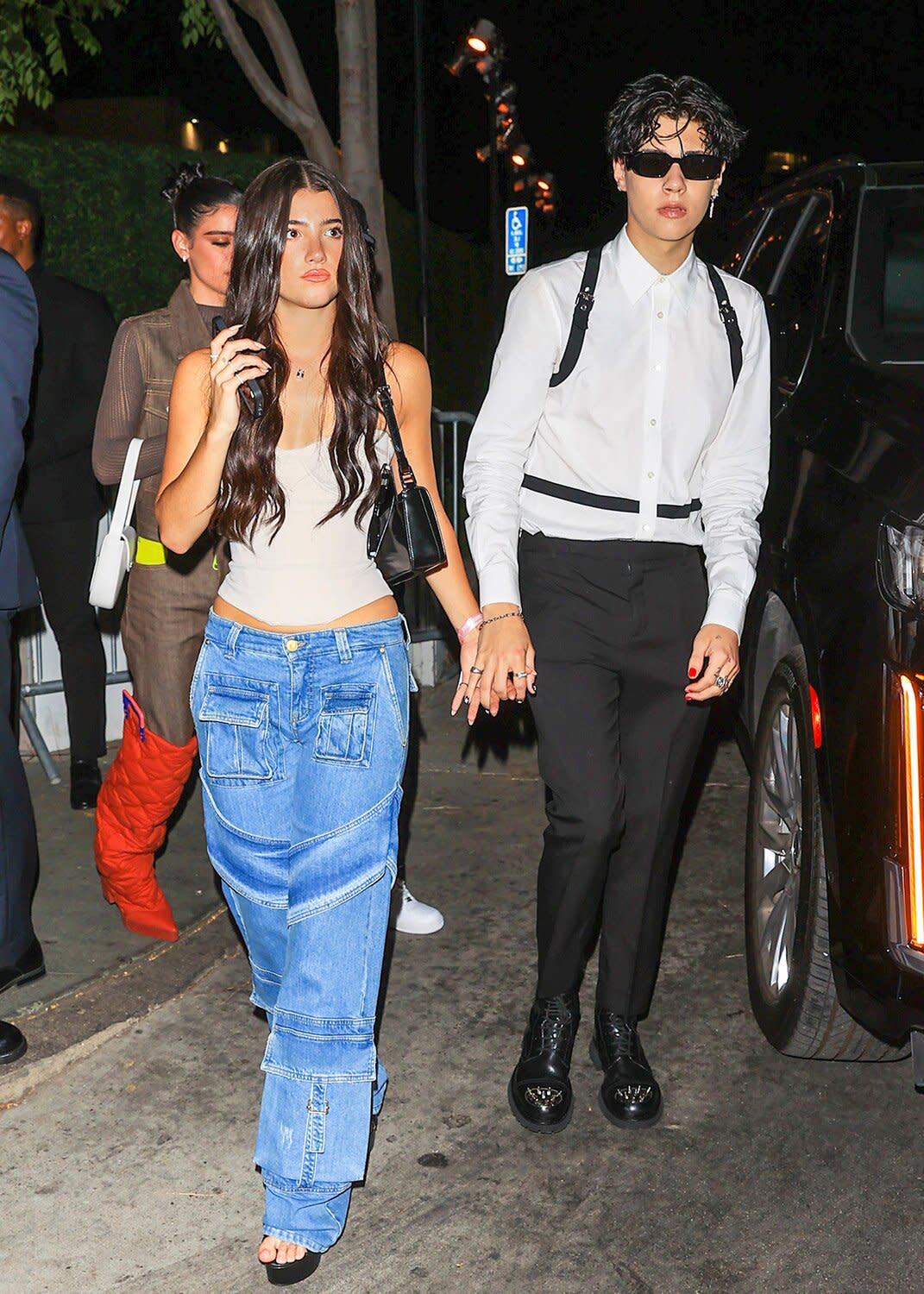 Meeting the parents can be nerve-racking for any couple, but luckily for Charli D’Amelio and her musician boyfriend Landon Barker, the interaction went off without a hitch.

In this week’s issue of PEOPLE, on newsstands Friday, the TikTok star, 18, says that when Landon introduced her to his dad Travis Barker (of Blink-182 fame) and his wife Kourtney Kardashian, they “really let me in with open arms .” (Landon’s mom is actress Shanna Moakler.)

“They have been nothing but kind to me,” Charli says. “I’m very, very thankful that he has such a great family around him.”

RELATED: The D’Amelios on Navigating Fame — and Starting a New Chapter: We ‘Always Have Each Other’

For Landon, 18, things went just as smoothly when he met Charli’s parents Marc and Heidi — who also share daughter Dixie, 21 — for the first time.

“I couldn’t be happier with who [Charli and Dixie] have brought home,” says Marc, 53. (Dixie has been dating fellow TikTok star Noah Beck since 2020.)

Charli and Landon’s budding relationship — which began after they met at Coachella in April and she “slid” into his DMs — will be further explored in season two of the D’Amelio family’s Hulu reality series The D’Amelio Show, premiering on Sept. 28.

“We go into where I’m at with my relationship a bit on the show,” she says. “It’s very on my own terms, which is really nice.”

Though she’s been having fun showing off her relationship on social media, Charli — who is currently competing alongside her mom Heidi, 53, on Dancing with the Stars — makes clear that it’s “definitely relationship first, social media whenever we feel like it.”

“We post each other when we want to,” she says. “That’s been freeing. I feel like it saves us from any speculation of, ‘Oh, they haven’t seen each other’ — which I’ve seen my sister go through [with Noah]. That’s never fun.”

When it comes to seeing any negative comments about their relationship, Charli says, “I think I’m very lucky to have someone like Landon in my life that I don’t even feel the need to look at my phone and look at that stuff.” I just get to be in the moment with the people that love me.”

For more on the D’Amelios, pick up the latest issue of PEOPLE, on newsstands everywhere Friday, or subscribe here.