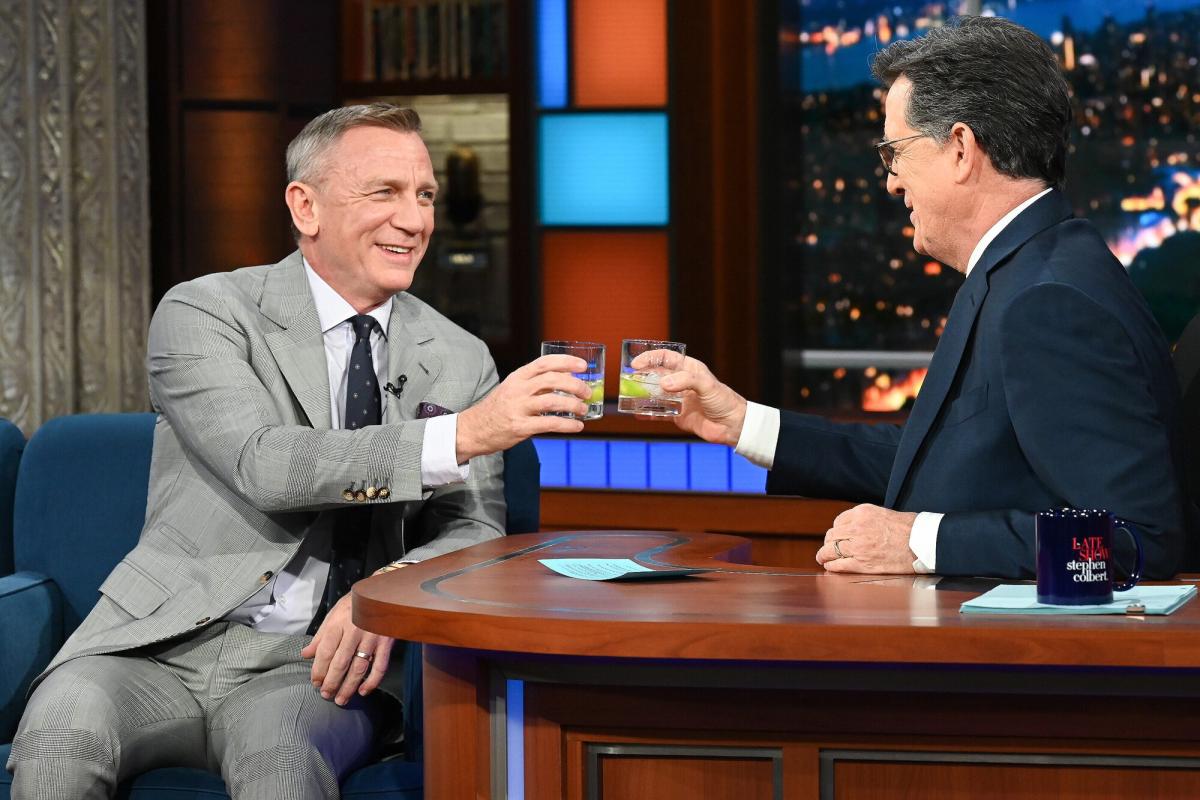 Daniel Craig is a fan of Thanksgiving.

On Monday, the James Bond star told The Late Show with Stephen Colbert that the annual celebration is “probably” his favorite holiday.

“I do understand Thanksgiving,” Craig jokingly told Colbert when asked if he knew the history of the holiday. “It’s about giving thanks as I understand it.”

“I’ve celebrated it for quite a long time. I think it’s probably my favorite holiday,” Craig continued.

RELATED: Jamie Lee Curtis Jokes She’s ‘Jealous’ of Knives Out 2 Stars After Not Getting Cast in Sequel

When asked about his favorite Thanksgiving dish, however, the actor turned slightly more critical.

“I’m not so good with the fixings and things,” Craig admitted, before calling stuffing “an abomination.”

After Colbert explained that stuffing is just “wet bread mixed with herbs,” Craig jokingly replied, “And you stuff it up the a– of a chicken — turkey!”

“I think it should be cooked separately,” he continued. “It’s good, but I don’t think you should bring it anywhere near the bird.”

RELATED: Daniel Craig Needed His Bond to Die So He Could Move Forward: ‘I Don’t Want to Go Back’

Craig appeared on The Late Show to promote his new Netflix movie, Glass Onion: A Knives Out Mystery.

Featuring a star-studded cast including Edward Norton, Kate Hudson, Janelle Monáe, and Kathryn Hahn, the movie is the sequel to 2019’s Knives Out and sees Craig return as Detective Benoit Blanc.

“Glass Onion” is also the title of the third song on The White Album by The Beatles, with whom Craig shares a long-term attachment.

“My dad was at the same school as John Lennon, but then everybody’s dad said that,” Craig chuckled, speaking about his late father Timothy, who died in 2020.

“I mean, it’s very difficult to escape The Beatles if you grew up in and around Liverpool, as I did,” he added about his younger days in the northwest of England. “So, they are part of your DNA. I mean, they’re kind of the first music you really listen to.”

Never miss a story—sign up for PEOPLE‘s free daily newsletter to stay up-to-date on the best of what PEOPLE has to offer, from juicy celebrity news to compelling human interest stories.

RELATED: Glass Onion: A Knives Out Mystery: The Killer Is in Plain Sight in Sequel Trailer

Earlier this month, Craig revealed his own musical gifts in a new Belvedere Vodka commercial that showcases his fancy footwork in a cinematic dance campaign directed by Academy Award-winning filmmaker Taika Waititi.

“That’s how I check into a hotel,” Craig said after Colbert played a video of him dancing around a hotel lobby in the ad.

“Taika said, ‘can you dance?’ and I went ‘not really,’ so we just got one of the best choreographers around, who just loosened me up ’cause I can’t count,” Daniel added while admitting he has “nil” training in dance.

“It’s quite important in dancing to be able to count, and know when to come in, so he just shouted at me ‘go! Loosen up! Let me see those hips!’,” continued Craig. “That was it, basically.”