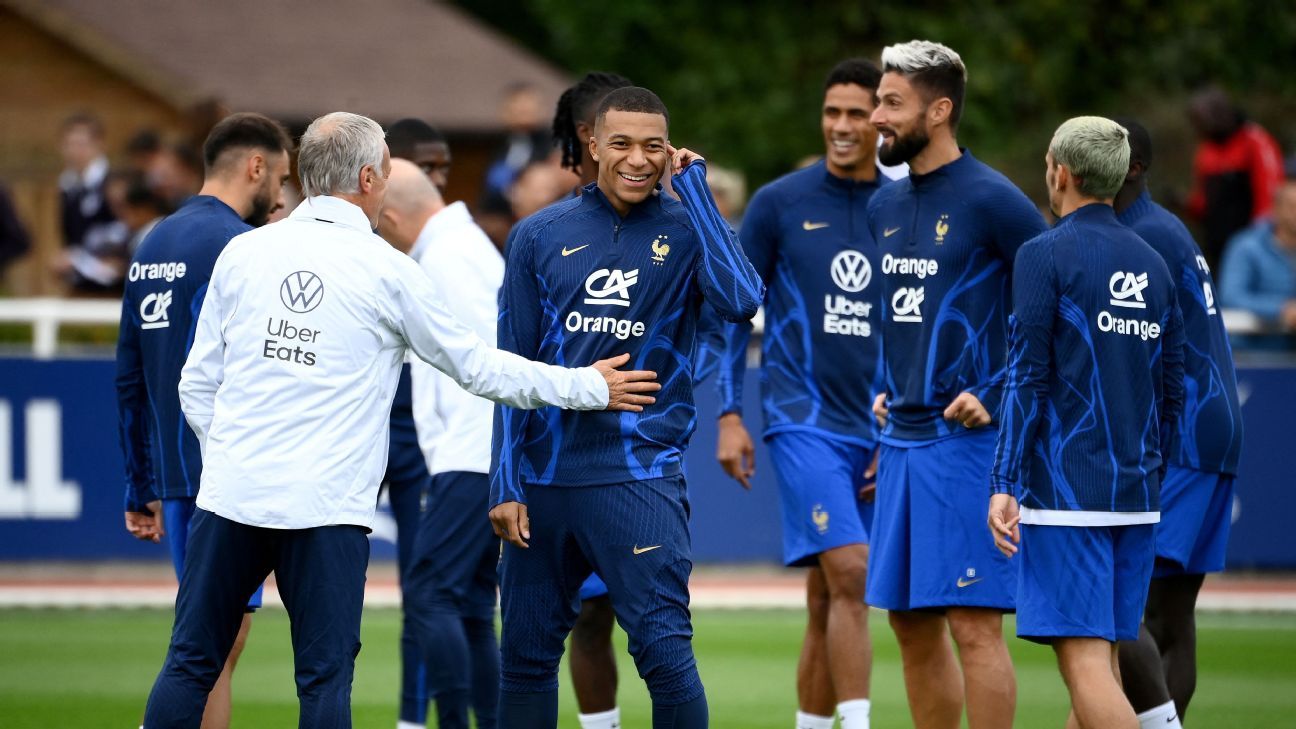 France manager Didier Deschamps is not a worrier. It’s not part of his personality; he’s more of a pragmatic and positive guy, always trying to look on the bright side of things. However, even he must be wondering what the heck is going on right now?

Two months before the start of the 2022 World Cup in Qatar, where his team will try to become the first reigning champion to retain their title since Brazil in 1962, France are going through turmoil like never before. Even when judged against French footballing history, which has seen plenty of tasteless stories in the past, this is unprecedented. Everything that could be going wrong right now is going wrong, and there are so many sources of turbulence happening at the same time.

First of all, there’s the atmosphere around the team. On Monday, Kylian Mbappe continued his fight against the French Football Federation (FFF) over the players’ image rights agreement. The FFF (and its president, Noel Le Graet) first said back in June that it would modify the agreement under pressure from Mbappe, who had already complained about it in March, but nothing was done. So Mbappe announced on Monday that he was refusing to take part in Tuesday’s activities and photoshoots with national team sponsors.

The panic was so intense that an emergency meeting between Le Graet, Mbappe, Raphael Varane, Hugo Lloris and Deschamps was called, and a solution for the image rights was found. The agreement will be reviewed and modified to give the players more leverage and compensation. But while Mbappe won his battle with the Federation, supported by the team’s captains, he exposed the cracks within the “Blue House.”

Le Graet, whose relationship with Deschamps is very strong, is also in the eye of the storm. Media reports in France have accused him of sending inappropriate text messages to female employees at the FFF and covering up, or not acting on, numerous incidents within French football over the past several years.

Le Graet, who is 80 years old and still has two years left in his role as FFF president, is refusing to step down, but the tension around him is also building indirectly around Deschamps and his players. The head coach summed it up himself last week: “The atmosphere is heavy.”

The past few weeks have also seen stories about Paul Pogba surfacing in the media. The Juventus midfielder is currently under police protection in Italy after recent revelations about a group of his childhood friends trying to extort money from him. His own brother, Mathias, is being held in jail and awaiting a decision over bail with four other men – all of them known to Paul – after being charged for extortion.

Pogba is out injured with a torn meniscus, but the incident is having a negative impact on him and the France team. His teammates of him are worried and Deschamps is hoping that his No. 6 of him will be able to come back from his knee injury in time to be fit for the World Cup, but also that he will be able to overcome the trauma of the threats and intimidation he has experienced. No one knows what kind of Pogba will return to Deschamps and France.

There are also a lot of minor injuries piling up within the core of the squad expected to compete in Qatar. Deschamps could field a whole team with the players currently absent, and what a team it would be: Lloris in goal; Ibrahima Konate, Lucas Hernandez, Presnel Kimpembe and Theo Hernandez in defence; a midfield of Pogba, Boubacar Kamara, N’Golo Kante and Adrien Rabiot; with Karim Benzema and Kingsley Coman up front. And there would be subs as well.

At least six of these players — Lloris, the Hernandez brothers, Kante, Pogba and Benzema — are in Deschamps’s strongest XI. They are not all out with long-term issues, but their absences are a huge blow considering that France’s upcoming UEFA Nations League games — against Austria on Thursday and in Denmark on Sunday — are the last two before they begin their World Cup campaign against Australia on Nov. 22.

It has been a nightmare for the France head coach, who hasn’t seen his players since the last international break in June, when his father passed away unexpectedly and Les Blues were terrible in his absence. (They lost to Denmark and Croatia at home, and drew against Austria and Croatia.) France are bottom in their Nations League A Group 1 with two points from four games and can’t face the humiliation of being relegated.

The remaining squad is still elite, of course, with the likes of Mbappe, Ousmane Dembele, Aurelien Tchouameni, Jules Kounde and Varane in training. France also boast impressive depth, with players in top form like William Saliba, Mike Maignan and Olivier Giroud, as well as promising young talent like Randal Kolo Muani, Youssouf Fofana and Benoit Badiashile, who were called up for the first time.

However, even among the players gathered at Clairefontaine, there are concerns, whether it’s in terms of fitness — like Antoine Griezmann being stuck playing under 30 minutes per game at Atletico Madrid — or confidence (Christopher Nkunku is struggling to find form with RB Leipzig.) Things are tough for Deschamps and for France right now, but like the manager told his players on Monday: the only way is up.