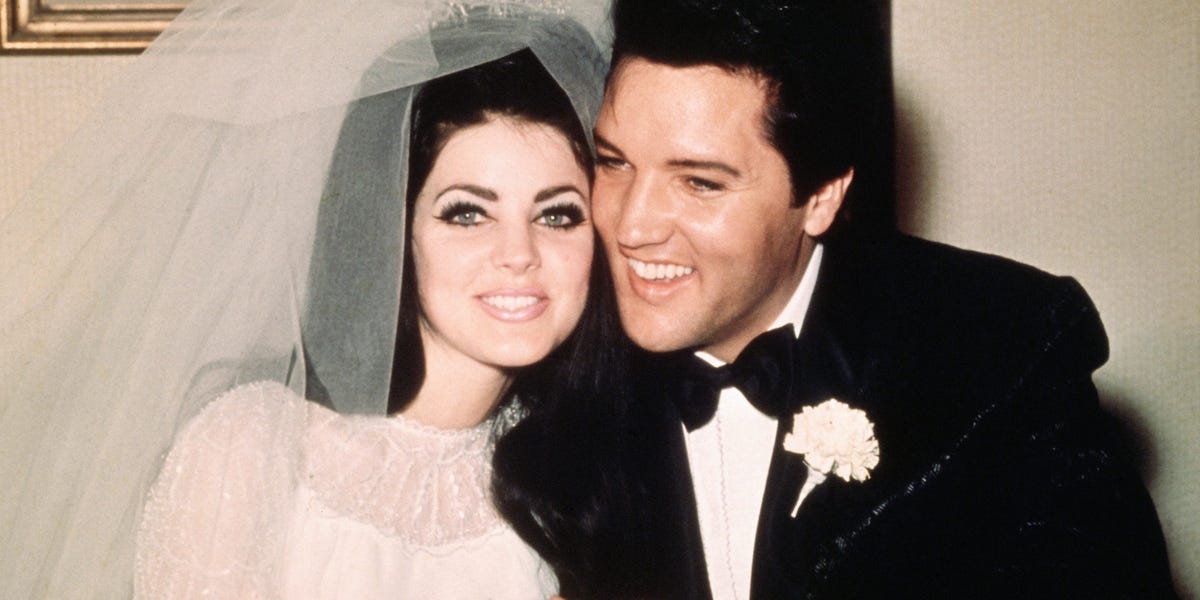 1969: Elvis returns to the stage with a new motto: TCB, which stands for taking care of business. According to Priscilla, she was the one who designed the iconic lightning-bolt logo.

After a slow period, Elvis returned to the stage with his 1968 comeback TV special, which was depicted in the 2022 biopic “Elvis.” That special was actually the first time Priscilla saw him perform live.

“When I came to LA for the first time, he was contracted for three movies a year. And that’s all he had. He hadn’t performed in over 10 years. So his ’68 special was now the opportunity for touring again. And I never saw him [before],” she told “Today” in 2017.

After that success, Elvis began touring the country, with a brand-new logo: the letters TCB surrounding a lightning bolt.

According to Priscilla, she was the one who designed the logo. “I actually designed the TCB necklace,” she said in a 2022 Vogue video. “We were on a plane going to Memphis one day, and he said to me that he wanted to have something for the guys that made it just ‘for the guys,’ a piece of jewelry for TCB, specifically.”