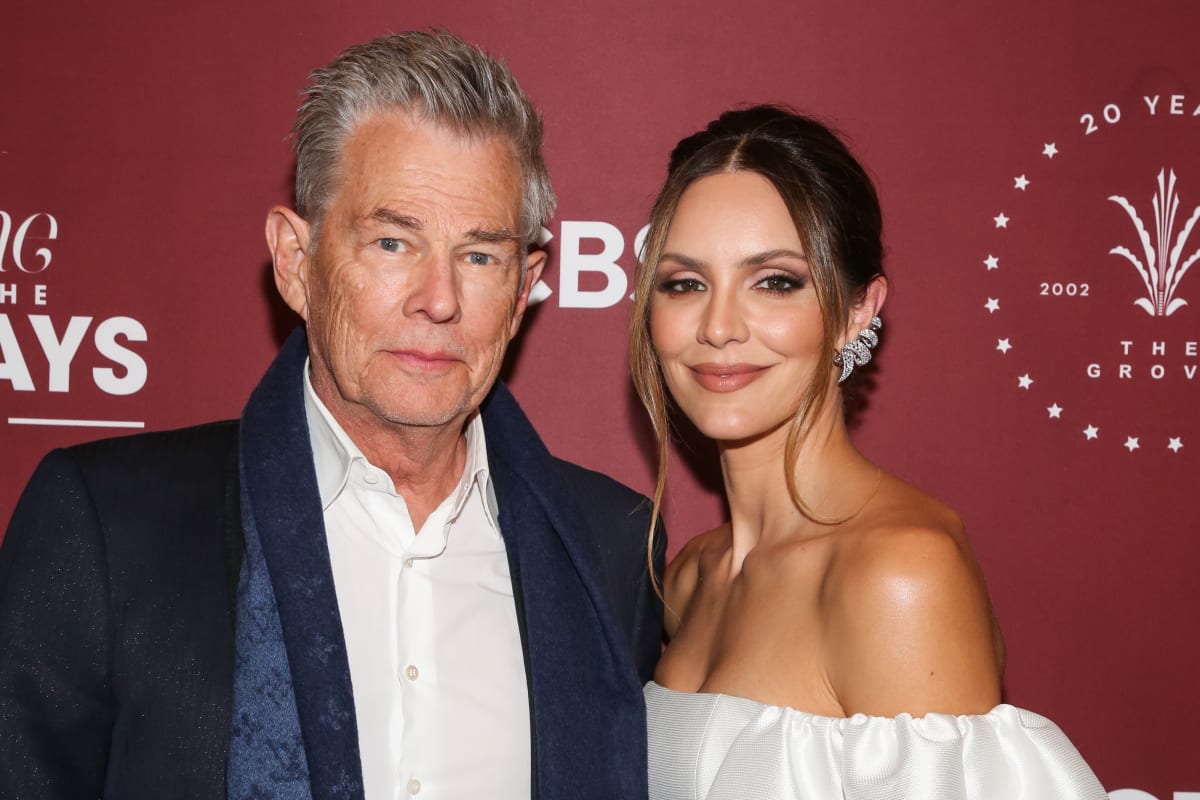 The couple attended the CBS Holiday show taping at The Grove in Los Angeles over the weekend.

Katharine McPhee and David Foster were a Christmas vision over the weekend while attending the taping of CBS’ “A Home For the Holidays” special at AMC The Grove, where they took the stage together to perform some holiday tunes.

The married couple—who tied the knot in 2019—walked the red carpet together at the event on Sunday, Nov. 20, where McPhee, 38, looked like an angel in a stunning all-white ensemble.

The former scorpions actress dazzled in a satin white off-the-shoulder gown with puffed sleeves and a figuring-hugging skirt that reached her ankles. She paired the look with sparkling silver shoes while her hair was pulled into an elegant updo.

As for her hubby, the 73-year-old was clad in a classic blazer and white button-up shirt, along with a navy blue Louis Vuitton scarf to top the outfit off.

The duo—who welcomed son Rennie David Foster last year—later took the stage to perform some of their Christmas songs, with McPhee leading the vocals while Foster accompanied her on the piano.

The former American Idol star shared a clip from the event to Instagram on Tuesday, showing some of the behind-the-scenes content from the evening, as well as a snippet of her and Foster’s performance.

The new album will feature their cover of “Jingle Bell Rock” as well as a rendition of “Blue Christmas,” among other seasonal songs. You can pre-order the album now, before it officially releases on Friday, Nov. 25.