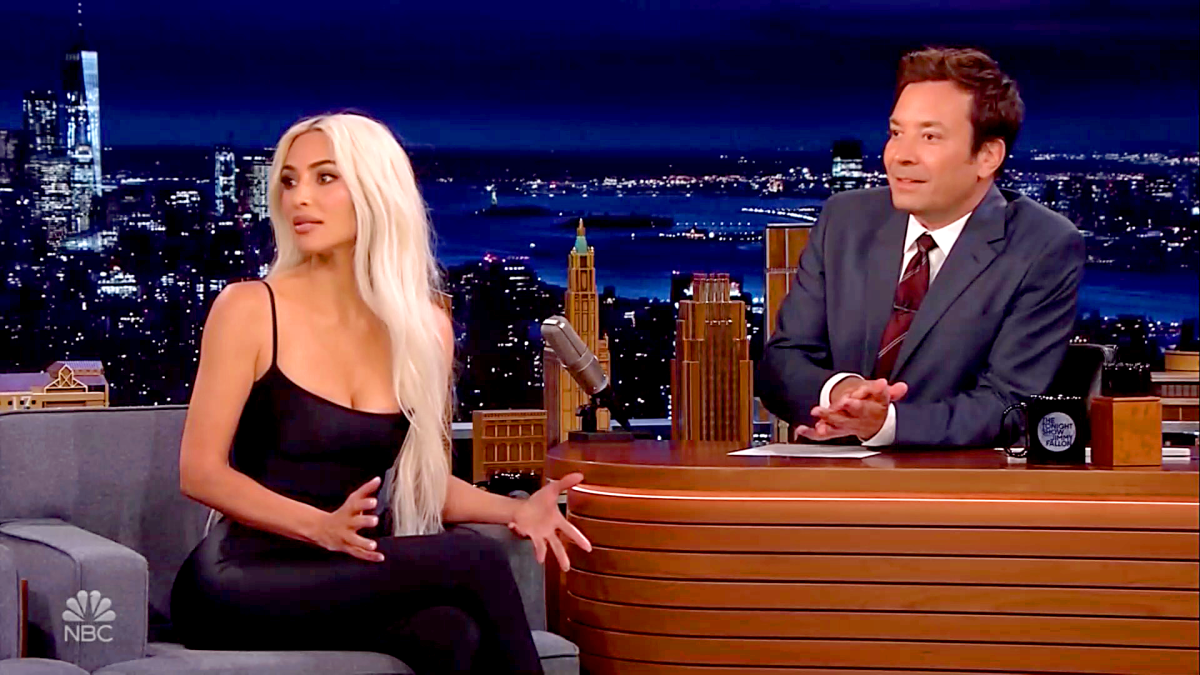 stopped by Tuesday to promote her new skincare line, SKKN BY KIM. However, during her interview with her, there were a couple of little audience members who were acting out with her.

The culprits were her two sons, Saint and Psalm West, who were sitting in the audience and making loud enough sounds that even Fallon was distracted.

“I’m hearing kids,” pointed out. That’s when Kardashian whipped her head around and yelled to her sons de ella, “Guys, can you stop? This is, like, your first time at work with me. Can you please?” While the audience laughed and “aww-ed” at her two adorable sons de ella watching their mother de ella at work, Kardashian was not as entertained.

Earlier in the day, a clip was being shared on social media of Kardashian having to scold her eldest son Saint for misbehaving on her Instagram Live, which, according to the video, was filmed either on her way to 30 Rock or after the show.

So it seems like the boys had been a little bored and restless all day following their mom around at work, even though it was their first time ever, according to Kardashian. However, while Saint was the one getting in trouble in the car, it was Psalm who had to be taken away after Kardashian had to halt her interview from her to scold him a second time.

“Guys, seriously. You got to, you got to go,” Kardashian screamed over her sons, before Psalm was whisked away.

Watch Kristen Bell confirming ‘Frozen 3’ despite having ‘zero authority’ to do so: