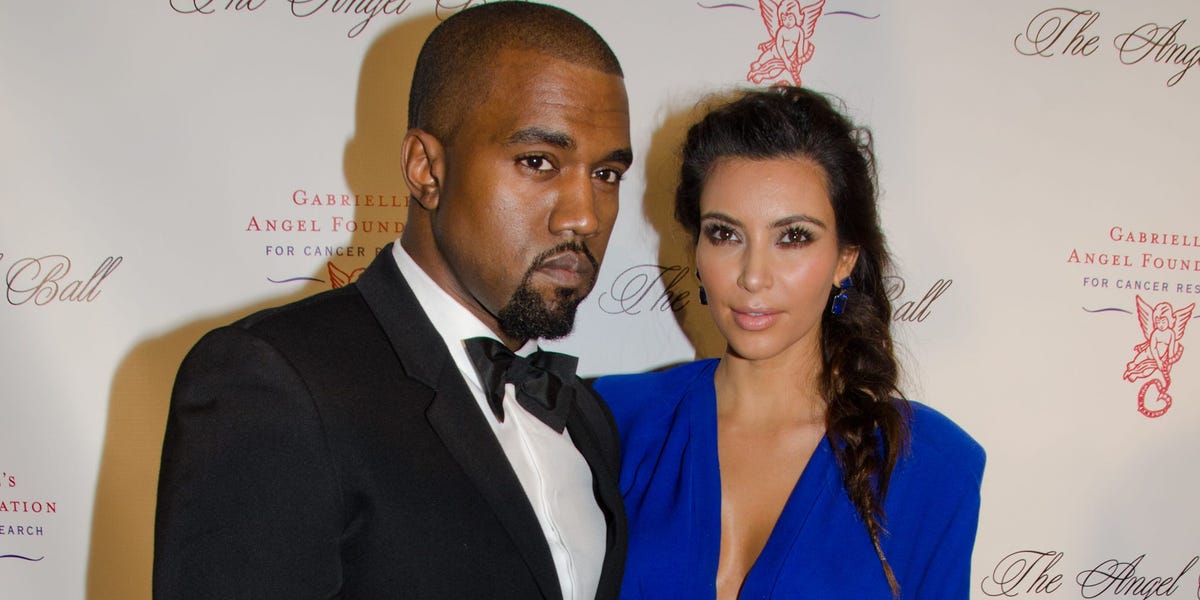 In the season two finale of “The Kardashians,” Kim Kardashian recounted the day that she and her then-husband Ye conceived their first child North West, crediting a custom dress designed by Balmain creative director Olivier Rousteing.

In the episode, Kardashian traveled to Paris with her eldest daughter North West for Paris Fashion Week, where Kardashian was walking for Balenciaga. The pair also attended the Jean Paul Gaultier Couture fall/winter fashion show and were styled by Rousteing for the appearance.

While she was with North, Rousteing, and her mother Kris Jenner, Kardashian shared an intimate anecdote involving Rousteing and an iconic Balmain gown that he designed for her.

“Northie, I’ve known Olivier since before you were a baby, and I gave Daddy this blue dress that Daddy wanted for me,” Kardashian told North between bites of french fries and sips of Coca-Cola. “It was my birthday, the year before you were born, and I wore the dress, and I got pregnant and you got in my belly the night I wore that dress.”

“So, Olivier might have a little something to do with the reason you’re on this planet,” she continued.

Kardashian wore the dress in question to the Angel Ball on October 22, 2012, which falls approximately eight months prior to North West’s birthday, June 15, 2013.

Rousteing previously spoke about the dress, and North’s subsequent conception, in a 2016 Q&A video for Kardashian’s app that appears to be no longer available. Per Refinery29, however, Rousteing said in the video that the first dress he made for Kardashian was a “long, electric-blue dress” that Kardashian’s then-husband Ye, formerly known as Kanye West, had requested. Rousteing went on to say that the “most amazing thing” about the garment was that Kardashian had worn it the night that North was conceived.

“I don’t know if I can say, maybe it’s a secret, but I know that Kanye told me,” Rousteing said in the video. “So I just wanted to share with you guys.”