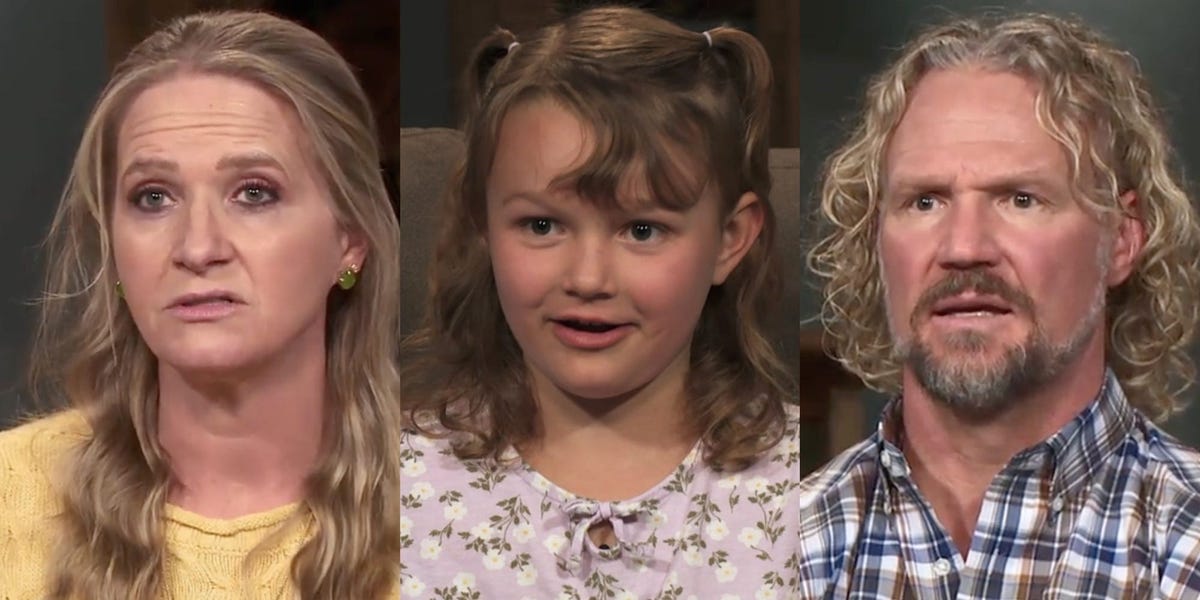 On Sunday’s episode of “Sister Wives,” Kody Brown’s youngest child brought a bittersweet element to a very awkward scene when she suggested that her dad and his ex Christine Brown “go on dates” to fix their marriage.

At the end of the episode, members of the Brown family who were local to Flagstaff, Arizona gathered in Christine’s backyard to say goodbye to her and her daughter Truely, now 12, before they left the family and moved to Utah.

Toward the end of the tense goodbye, Kody and his fourth wife Robyn’s daughter Ariella Brown (who was five years old at the time of filming) had a question for Christine.

“Why did you and dad break up?” she asked.

“We just weren’t in love anymore, you know? That happens sometimes,” Christine said to her former sister wife’s daughter.

Christine assured Ariella that they’d still hang out with her sometimes, but Ariella had another idea. “Have dates!” she innocently suggested.

“Oh, well, it doesn’t always fix everything, my love. But thank you, what a good idea,” Christine replied with fake cheer in her voice.

Christine and Kody announced they were splitting up in November 2021 after more than 25 years of “spiritual” marriage. In previous episodes of “Sister Wives,” it’s been established that one of the reasons Christine was leaving Kody was that she and her kids de ella felt like his family de ella with Robyn was more important to him than they were.

In season 16, Christine said in an interview that it’s hard for some of her daughters to “respect” Kody because they see he has “favorites.”

“And they struggle with how apparent it is that he’s more comfortable at some houses than others,” she added. Throughout the COVID-19 pandemic, Kody was living at Robyn’s house because she had the youngest children and was complying with his strict guidelines for traveling, social distancing, and disinfecting household items.

In a solo interview on Sunday’s episode, Christine said she felt “awkward” answering Ariella’s question. She added that she knows “everybody wonders” why she’s leaving Kody, but that Ariella is so young that she’s “brave enough to ask.”

Robyn has had a difficult time accepting that Christine was leaving Kody, despite the tension between them. She’s mentioned on previous episodes of the show that according to their sect of the Mormon faith, Christine and Kody are “not divorced” until Christine is “physical with another man.” All of the Brown adults agree that those rules don’t apply in this case because Christine doesn’t believe in the faith anymore.

Reflecting on the tense scene in her backyard on Sunday’s episode, Christine noted that Robyn’s older daughters from a previous marriage (whom Kody legally adopted) seemed “angry” at her as they were saying goodbye.

“No, my kids weren’t angry with her,” Robyn said to cameras in a solo interview. “They’re the innocent parties in all of this, all of the kids are.” She said that Christine leaving the family was “devastating” for everyone.