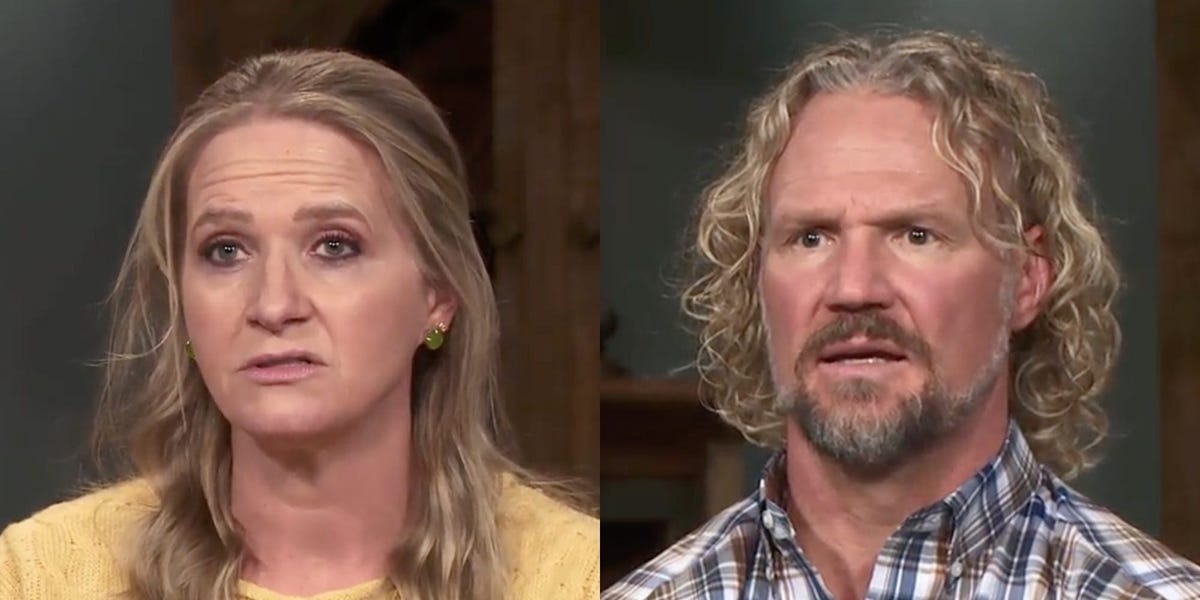 Custody of his 12-year-old daughter, Truely, appeared to be a big worry on Kody Brown’s mind as he discussed the next steps in his separation from his third wife, Christine Brown, on Sunday’s episode of TLC’s “Sister Wives.”

“I’m disgusted by this idea that she’s moving and she’s gonna take Truely and move to Utah,” he said in a solo interview talking about Christine’s plans. “Truly’s my child.”

Kody went on to say that he’s interested in maintaining a good relationship with Christine so she doesn’t make any “crazy” decisions. He added that he’s done “research” and knows “men don’t win in the divorce world.”

Christine and Kody announced their separation in November after about 27 years of spiritual marriage. They share six biological children together: son Paedon, 24, and daughters Aspyn, 27, Mykelti, 26, Gwendlyn, 20, Ysabel, 19, and Truely.

During their conversation about Christine’s next steps, Kody tried to convince Christine that she was moving Truely away from a support system if she moved away from Flagstaff, Arizona, where the whole Brown family, including Kody’s other three wives and many of the kids he shares with them, was living at the time the episode was filmed.

Christine had a very different idea of ​​what her desired future would look like when she eventually moved to the Salt Lake City, Utah area, which Kody said was about eight hours away from him.

“What I’m looking for is a place to envelop Truely in family,” Christine told cameras in a solo interview. “I can take her to a better support system where she’s surrounded by love.”

The mother of six said that Truely she wasn’t aware of the fractures in her parents’ marriage like her older children were. “I would rather take her away from this situation before she clues in,” Christine added.

Kody seemed to think that the community Christine longed to give Truely was only inaccessible to her because Christine refused to comply with the strict COVID-19 rules he put in place so he could visit all of his wives’ households during the pandemic. On season 16 of the show, fans saw that only his fourth wife, Robyn, and first wife, Meri, were complying with Kody’s guidelines.

On the season premiere, Christine explained to cameras in a solo interview why she believed that Kody was unavailable to her and her children long before 2020 when the pandemic began.

“Let’s just say we’ve lived here for 800 days,” Christine said, referring to Flagstaff, where the family has lived since 2018. “He went hiking with us once. He’s been kayaking with us twice, one time he didn’t even get in the water. That’s three times he’s gone with us. Three out of 800.”

During the initial conversation where Christine confirmed to Kody that she wanted to end their “spiritual” union, Kody told Christine that he was afraid that if they split up and she moved to Utah with Truely, she’d meet and marry a man who would then take his money and his access to Truely. Christine promised Kody that though she was moving, his worst fear of her would not come true.

Kody currently has three wives, but he’s only legally married to Robyn. He legally divorced Meri in 2014 so he could marry Robyn and legally adopt the three children she had from another marriage. He’s never been legally married to Christine.