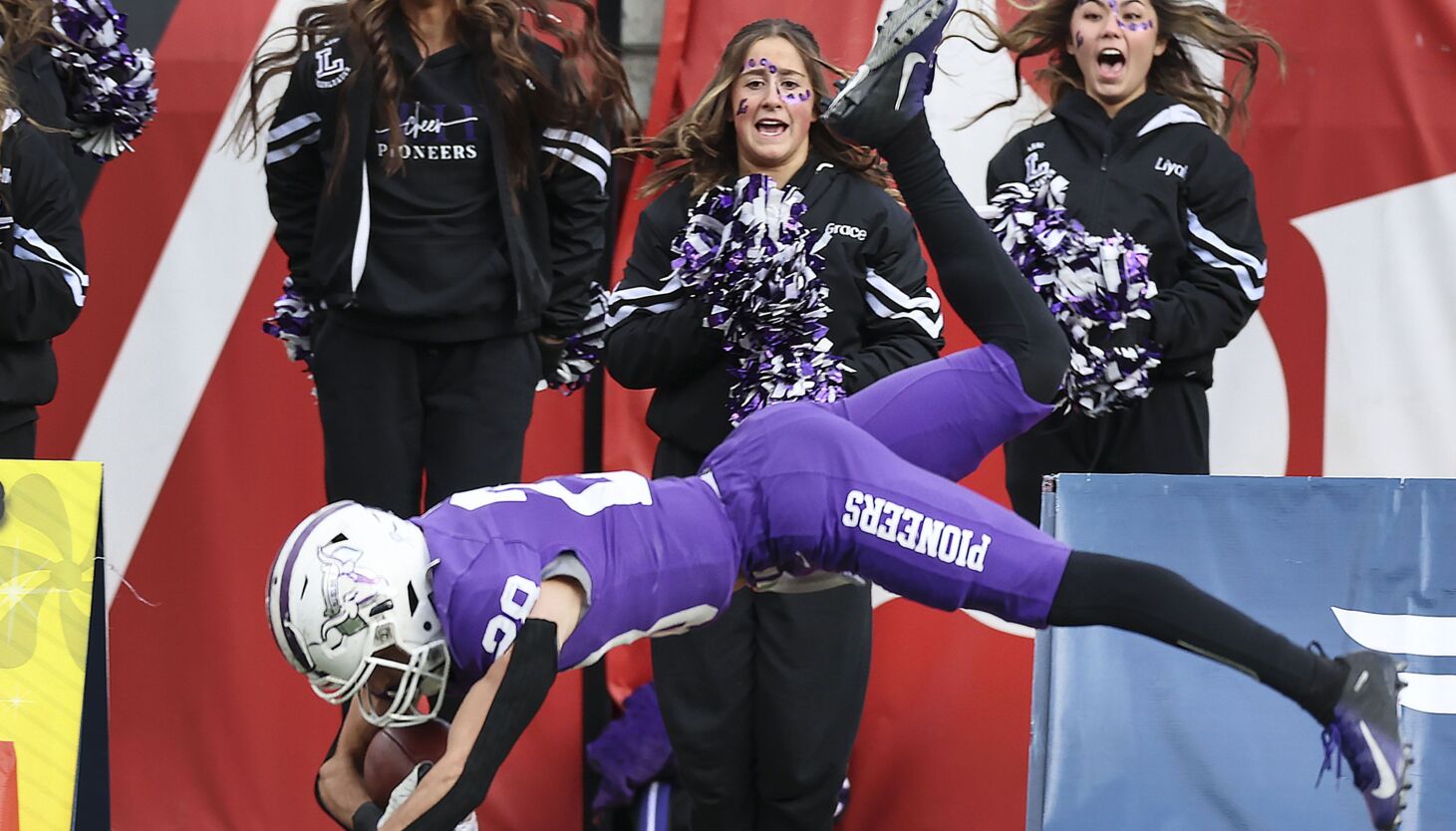 The Utah High School Activities Association board of trustees last week approved the final version of realignment for the next two school years beginning in 2023-24. For two months every two years, realignment is a hot-button topic around high school athletic departments as the UHSAA works through different proposals and drafts to find the best competitive balance possible.

Now that the dust has settled and every school knows its path forward for the next two years, what does it all mean?

For the state’s smallest three classifications (3A, 2A, 1A) not much; Virtually every team stayed in the same classification. In the state’s largest rankings, however, there was a massive shakeup as all saw significant change in the number of teams.

The UHSAA reevaluates which rankings high schools participate in every two years based on always-fluctuating enrollments, whether it’s related to population growth or the opening of new schools.

Of the 118 state championships from 6A through 1A handed out by the UHSAA during the past 365 days, 110 of those teams are staying in the same classification for the next realignment. It means that regardless of the new alignment, the usual suspects will be fighting for and winning state championships again next school year.

But for some sports, realignment will have a big impact on state championship contenders, mostly in 5A and 4A.

With that said, here’s a class-by-class look at how realignment will impact the next two school years.

While the contenders in 6A will change very little with the reduction from four regions to three, perhaps the biggest impact will be on the RPI rankings.

All seven teams from the old Region 2 are dropping down to 5A, and it was that region that often skewed the RPI rankings heading into the playoffs. Without those anomalies, the seeding quirks likely won’t be an issue going forward without the UHSAA even needing to tweak the formulas.

There are a few sports, however, that realignment will have some impact.

In softball, West was the 6A runner-up to Riverton, but it is dropping down to 5A during the next alignment.

Lehi is making the jump to 6A from 5A as the population continues to boom in the north end of Utah County. The Pioneers will make the jump as the defending state champion in football and baseball. It was also runner-up a year ago in girls basketball. All three programs should be just fine staying competitive moving up a classification.

Cyprus boys basketball is one of the top teams in 6A this year as it rides the wave of a very talented crop of players. It will try and sustain that success in 5A going forward as 6A loses one of its top teams.

Lastly, Salt Lake Academy—formerly named Real Salt Lake Academy—got approval to have its soccer teams play in 6A for this upcoming realignment. Its girls teams last fall won the 3A state title, but the competition will be much tougher going forward.

Five current 5A state championships will call a different classification home beginning with the 2023-24 school year. Lehi football and baseball are moving up, while Mountain View boys cross-country, Uintah boys wrestling and Orem boys track are moving down.

Park City High is dropping from 5A to 4A, but its boys and girls lacrosse teams were granted approval from the UHSAA to compete in 5A. Its boys team is the defending state champion and its girls team is runner-up.

Of the eight schools dropping from 6A to 5A, very few had teams who were remotely competitive at the 6A level. It will be interesting to see if any of those schools can find a bit more success in the new realignment, or if the same contenders will be competing for state titles once again.

Many anticipate the RPI 5A seedings for state tournaments next season to be much improved, as well with the elimination of the current Region 7. In many sports, teams from that region struggled against 5A competition outside its region, but then got a big RPI boost by piling up wins against weaker competition in region. It skewed the playoff seeding in a better way, but the new alignment should hopefully fix many of those issues.

No classification will see a bigger impact going forward than 4A with the number of schools doubling from 13 to 26. It was an absolute necessity after what many believe is a debacle with just two 4A regions.

The 13 schools moving down from 5A to 4A are Mountain View, Orem, Payson, Provo, Timpanogos, Uintah, Cottonwood, Hillcrest, Jordan, Murray, Park City, Tooele and Stansbury.

All 23 sports will be impacted by this move, but it’s a welcome addition for the current 4A schools, who will no doubt be excited about the increased competition.

With that said, the teams who are remaining in 4A from northern Utah and southern Utah were traditionally the best teams in the old 4A before its current reduction, and will still be among the favorites in nearly every sport.

Four 3A teams got permission to bump up and compete in 4A during the next realignment, Layton Christian boys basketball and soccer and Juan Diego baseball.

Very little will change going forward in 3A as only American Leadership, Grand and Salt Lake Academy are dropping to 2A. ALA, though, got approval to have its baseball and softball teams remain in 3A.

No 2A schools jumped up to 3A either, which means the championship contenders will remain status quo.

This classification is increasing in size from 24 to 29 schools, with three teams dropping down from 3A and then two more being bumped up from 1A (Intermountain Christian and Water Canyon).

Grand softball has been competitive in recent years and will instantly be a contender in 2A, as will Water Canyon in several sports, particularly boys cross-country; it recently won the 1A state title—the first state title in school history.

Also of note is Layton Christian competing in 2A football after winning the 1A state title, while Beaver football is dropping down to 1A after finishing as 2A runner-up this past fall.

The departure of ICS and Water Canyon to 2A is the only notable change to the broader Class 1A for this upcoming realignment.

For football only, Beaver joins the classification while Layton Christian departs. Gunnison Valley will also be back competing in 1A football exclusively in the new alignment. This past season it played 11-person football during the season but eight-person in the playoffs to ensure the smaller schools had enough teams to fill out a playoff bracket. It ended up winning the state title.