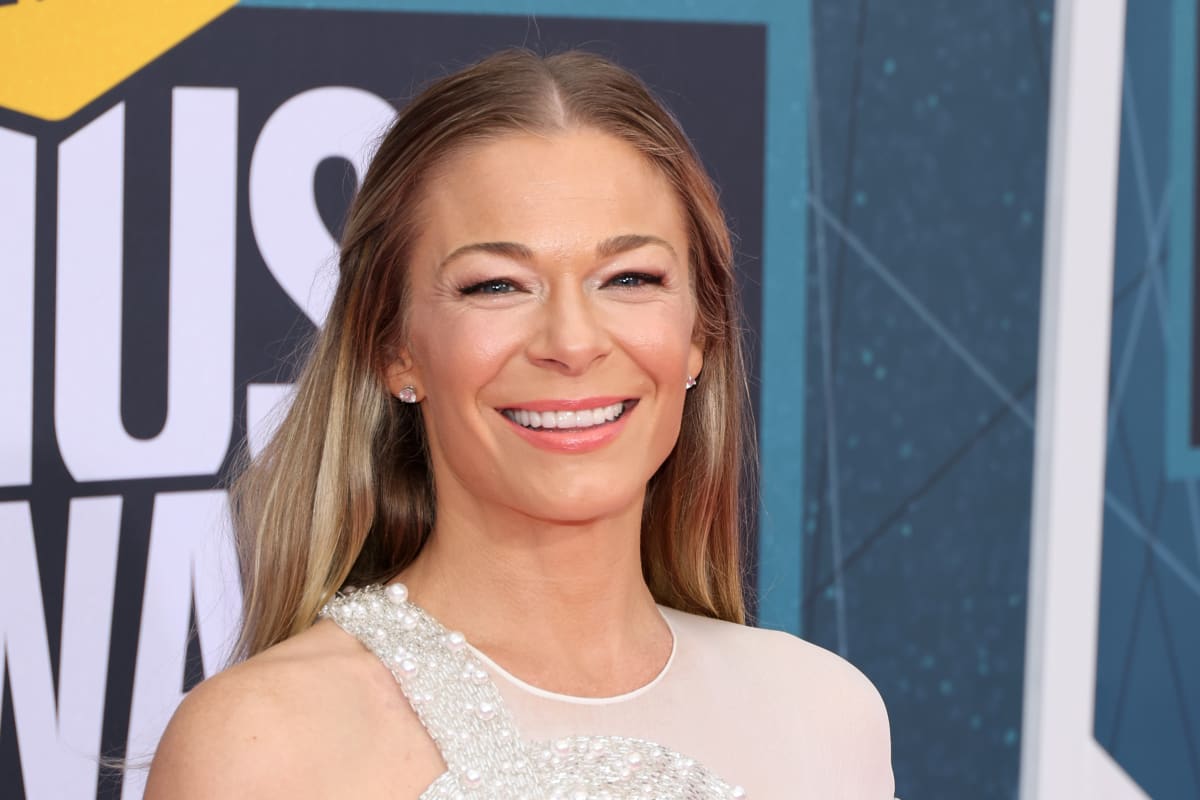 LeAnn Rimes posed for the peaceful new Instagram photo while in Hawaii.

leann rimes squeezed in some time for relaxation while on tour in Hawaii, where she was seen doing yoga poses on one of the island state’s many beautiful beaches.

In a new Instagram post shared on Monday, Nov. 21, the country songstress showed off her fit physique while rocking a trendy strapless bikini while practicing yoga poses on the sand with some of her crew.

“tree’s 🌲company!” the 40-year-old captioned the serene post, which featured a photo of the Grammy-winner standing in “tree pose” alongside tour manager Shamus Bacon and sound engineer Joshua White.

Rimes was seen wearing a patterned two-piece bathing suit with a bandeau top and matching high-waisted bottoms from the brand MIKOH. The Instagram account for the swimsuit line even left a comment on the post, writing, “Beautiful! Love our Roam print on you! X.”

That same day the “Blue” singer was photographed in her fashionable beach look while walking along the isle of O’ahu with husband Eddie Cibrianas seen in photos obtained by The Daily Mail.

The photos come two months after Rimes dropped her 19th studio album, God’s Workwhich features the emotional song “Spaceship,” an ode to the dark feelings of isolation and loneliness that Rimes has felt throughout her life.

To go with the heartfelt track, Rimes filmed a vulnerable video shot by Cibrian.

“I can’t begin to tell you how blown away both eddie and i have been by the response to our video for #spaceship,” the vocalist wrote via Instagram following the video’s release. “i’ve seen all of your posts sharing your #spaceshipstories and am sending you all SO much love. thank you for being so vulnerable, we are in this together 🤍.”

Rimes and Cibrian have since filmed a new edit of the video to go alongside the “Spaceship” remix with Dave Audewhich is out now.