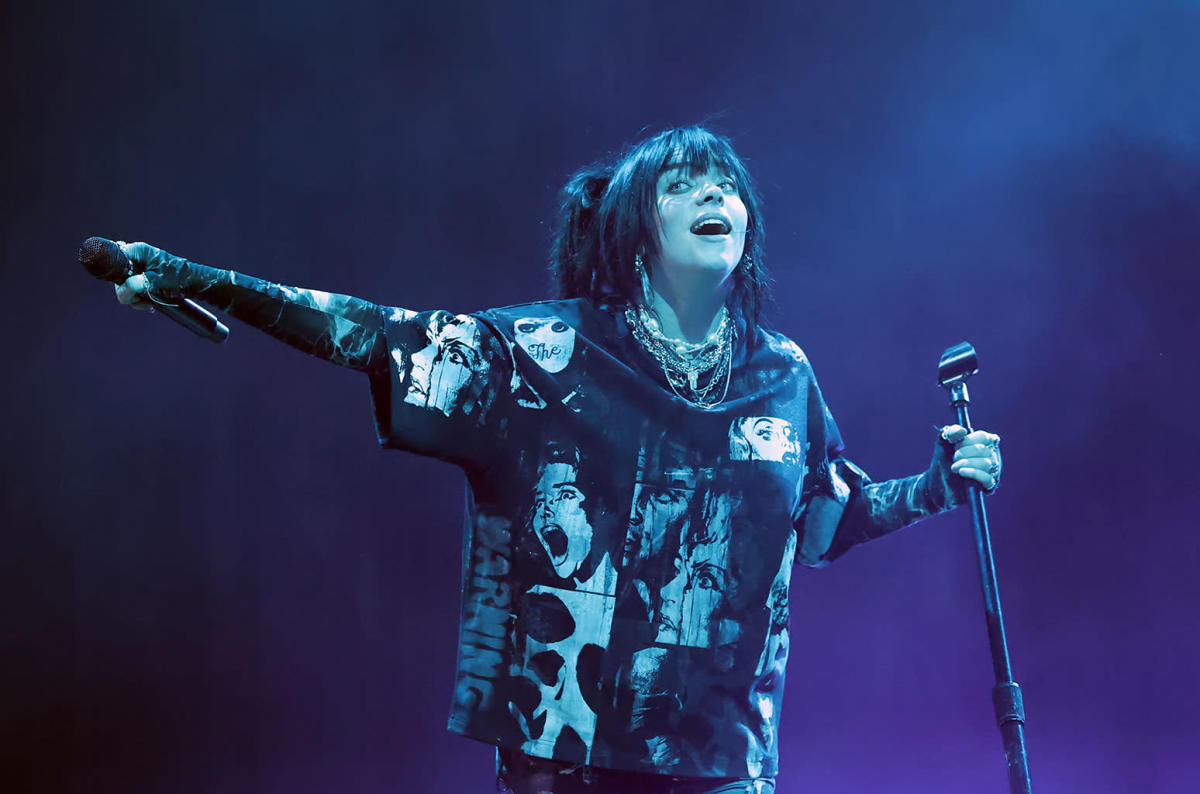 Billie Eilish is willing to do whatever it takes to have some privacy, if only for a day. The “Happier Than Ever” singer revealed during her Tuesday (June 21) appearance on Apple Music 1’s The Matt Wilkinson Show that she used one of her backup dancers as a decoy while attending Coachella this year.

Speaking about her body double, Eilish told Wilkinson, “At Coachella, I actually did it because the beginning of Coachella, I had a body double, one of my dancers that was one of my dancers for the show. I dressed her up in a show look that I had worn before. We got a black wig and we put buns in it and we gave her a mask and sunglasses and she wore my shoes and my socks. ”

The 20-year-old added, “I put her up at the back of the stage and she stood there while the lights went on and everybody thought it was me. And nobody ever knew it wasn’t me, literally nobody knew. And while she’s up there, I put on a big black coat and a traffic vest and a hood and just glasses.”

The singer also discussed surprising her fans with new — and yet to be officially released — track “TV,” during her concert at AO Arena in Manchester, England on June 7. As it turns out, Eilish stumbled on to a version of the song while being delayed during flight and realized she wanted to incorporate it into her live show.

“I was just listening to songs that I have written and never did anything with like all in my phone and my voice memos and stuff. I found a couple songs and I was thinking about these songs that we have written. And I was like, ‘Wow, I really love these songs,’” Eilish explained. “I just had this idea of ​​like, ‘What if we just did them live?’ Finneas and I haven’t done an unreleased, unrecorded song live since … [“When the Party’s Over”] — This is a moment in time, really.”

While the seven-time Grammy Award winner is happy to be a successful recording artist, she does miss the ease of being able to put out a single at a moment’s notice, which also inspired her to play “TV” during her Manchester show.

“We write music and I want it to come out without having to prepping and making a whole like doing months and months of promo for something. I just want to be able to put music out like I used to. I think the bigger you get the harder it seems,” she added. “So I kind of was like, ‘I just want to be able to go back to my roots and be the songwriter that I am and that Finneas is and sing the song that we just wrote and put it out whenever it’s done.’”

Listen to Eilish’s interview on The Matt Wilkinson Show here.