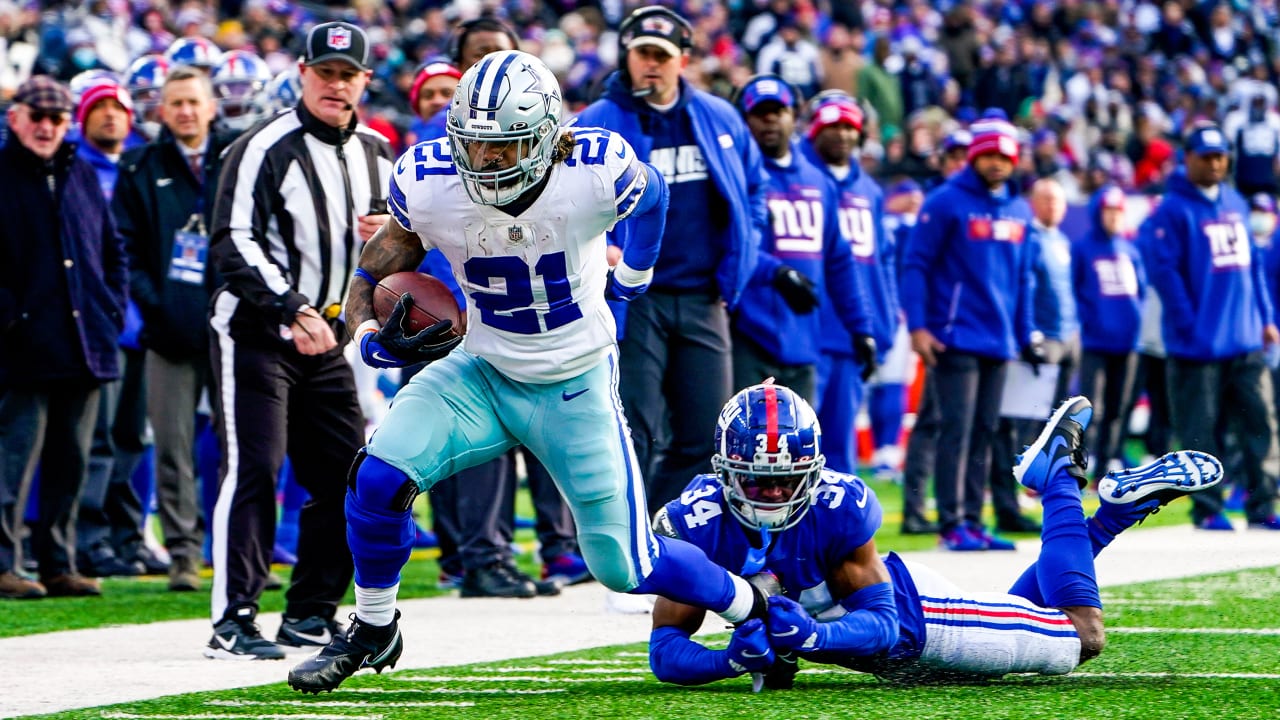 “Every year is different,” Ezekiel Elliott said. “Especially with a different head coach. [They] have a lot of the same players, but they look like they have a little more of a spark under this staff.”

“We have to prepare differently,” Lawrence said. “Depending on the coaching staff and what type of scheme of offense or defense they’re playing, but I am going to say it’s the same organization. When you get to see a team twice a year, it’s kind of easier to pick up on the top 15 players.”

Dallas comes off a season in 2021 where they were a perfect 6-0 against the NFC East, but with the Eagles and Commanders also getting out to promising starts it only reaffirms the Cowboys philosophy ahead of Week 3.

When it comes to the Giants, Saquon Barkley has returned healthy to begin the season after missing time last season and burst right out of the gate with a 164-yard performance in Week 1 against the Titans.

“I’ve played against Saquon for the last couple of years,” Lawrence said. “He’s a good jump-cutting back when he makes his jump cut, and when he sees his hole from him, he gets up the field real fast. It’s just all about us being patient and controlling our gap discipline.”

Add in that the offensive line has shown improvement early in the year, including left tackle Andrew Thomas, and suddenly the Cowboys defense has a worthy opponent to square off against.

But of course, the Cowboys defense has come to be a force with Micah Parsons as its’ ringleader, with his league-leading four sacks through two games accounting for the Cowboys eight total sacks. New York has allowed eight sacks on Daniel Jones through the first two weeks.

On the other hand, when asked what he has seen out of the Giants defense on film under defensive coordinator Wink Martindale, Elliott said they went back to look at the defense that Martindale ran during his time with the Ravens.

Though Elliott also noticed that the tape showed something else from the New York defense after just a few weeks.

“I think on film you can visually see that they’re playing a little bit harder defense this year,” Elliott said. “It’s a little bit different scheme, they bring a lot of pressures.”

Either way, this might not be the Giants of old. And the Cowboys will be ready for whichever version presents itself on Monday night.