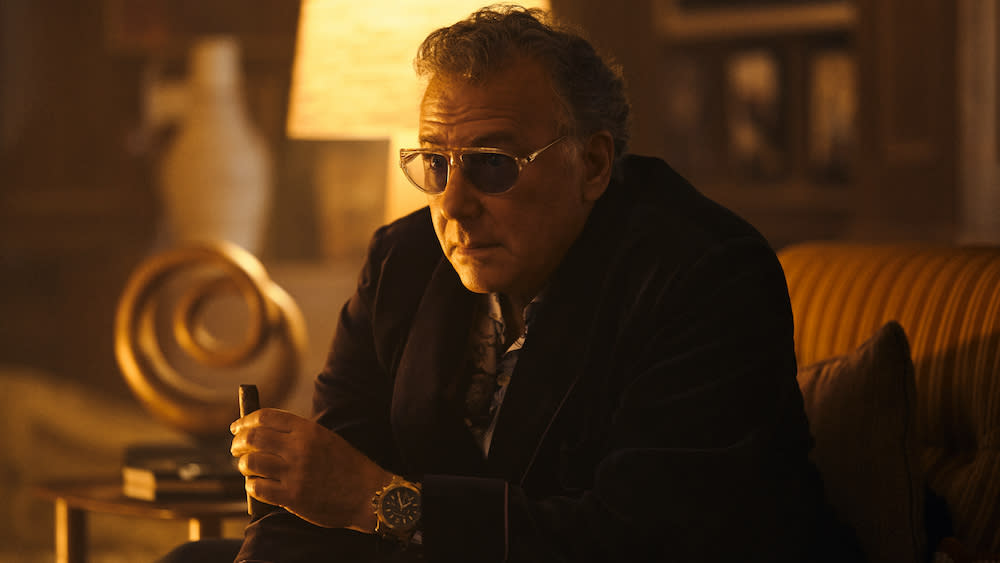 Paul Reiser was introduced as The Legend, the nickname of Vought’s former head of hero management, on last week’s episode of “The Boys” Season 3. But Reiser himself was introduced to the character and the show, in all its bloody, raunchy superhero glory , not long before the world saw him in the part, as the “Stranger Things” star was oblivious to the Emmy-nominated Amazon Prime Video series until showrunner Eric Kripke and co. reached out to him for the guest spot.

“I knew precious little about the show. I had not seen the show. I don’t think I’d heard of the show,” Reiser told Variety. “It’s so funny to me that it’s getting this lovely response, people so enjoying the character and loving this season. I have friends who are passionate about this show, they just can’t stop watching it. But it’s so funny to me because that’s so not my world. In a million years, if you put a gun to my head, I couldn’t create something like this. But the fun part is to get invited and jump in.”

Once he was invited to “The Boys” party, he sat down to find out what the show, based on the comics by Garth Ennis and Darick Robertson, the “Mad About You” and “Kominsky Method” alum decided to sit down and watch a few episodes before he took on the part.

“I thought, ‘Oh, this is something else. This is really wild,’” Reiser said. “My 21-year-old son, who is really into the world and loves the show, I had to go to him like, ‘So they’re on purpose being this disgusting? OK, so that’s different.’ Because if you didn’t know, it would be violent and graphic and horrific. But then you go, ‘Okay, these guys really know what they’re doing.’”

Reiser’s “The Boys” character The Legend is a fan-favorite from the original comic books, in which he is a vulgar parody of the iconic Marvel comic book author Stan Lee. But for the Amazon series, the part was altered to be more of an old-school Hollywood power player a la Robert Evans, which is why Reiser had no idea about the Stan Lee connection until he spoke to Variety.

“No, I don’t even think I knew that till today, till you said it,” Reiser said. “I did not know the comic at all, I did not know the character at all. And I never even heard from the guys when we were talking about it that it was a Stan Lee [parody]. Now it makes sense! Someone tweeted, ‘Oh, you were clearly going for Stan Lee, but there was a little Robert Evans.’ I went, never thought of Stan Lee, totally thought of Robert Evans.”

Reiser said he even offered notes on the shaping of The Legend, which “The Boys” writers were very receptive to.

“From my first conversation with Eric, there were a couple of things in the character that I didn’t feel comfortable with and he said, ‘Well let’s move that and take that out and put this in,’” Reiser said. “And that’s a great environment to be invited to.”