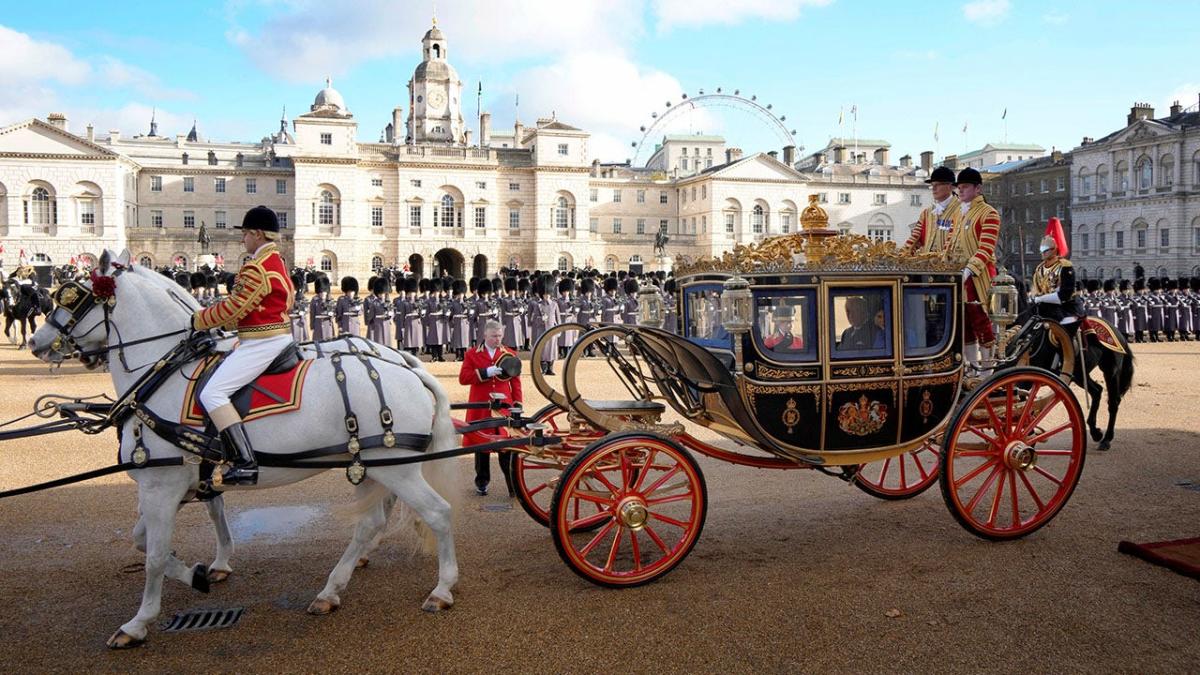 The Prince and Princess of Wales accompanied King Charles III and Queen Consort Camilla in an elaborate horse-drawn carriage procession.

The four royal family members traveled by carriage through London to Buckingham Palace on Tuesday for the first state visit of the monarch’s reign.

South African President Cyril Ramaphosa rode with King Charles and Queen Consort Camilla in the Irish State Coach – “the traditional coach the monarch uses to travel from Buckingham Palace to the Palace of Westminster to formally open the new legislative session of the UK Parliament,” according to People magazine.

In 1947, Queen Elizabeth II rode in the Irish State Coach with her father, King George VI, to Westminster Abbey for her wedding day to Prince Philip.

READ ON THE FOX NEWS APP

A LOOK AT WILLIAM AND KATE, THE PRINCE AND PRINCESS OF WALES’ THREE KIDS

The Prince and Princess of Wales’ carriage was a present to the late Queen Elizabeth II from Australia to mark the Australian Bicentennial in May 1988, according to the media outlet.

The Royal Family took to Twitter to post a video of a sped-up version of the procession at Buckingham Palace.

More than 1,000 British Army soldiers and 230 horses participated in the event.

The Prince and Princess of Wales were spotted last riding the royal carriage in June for the Royal Ascot event.