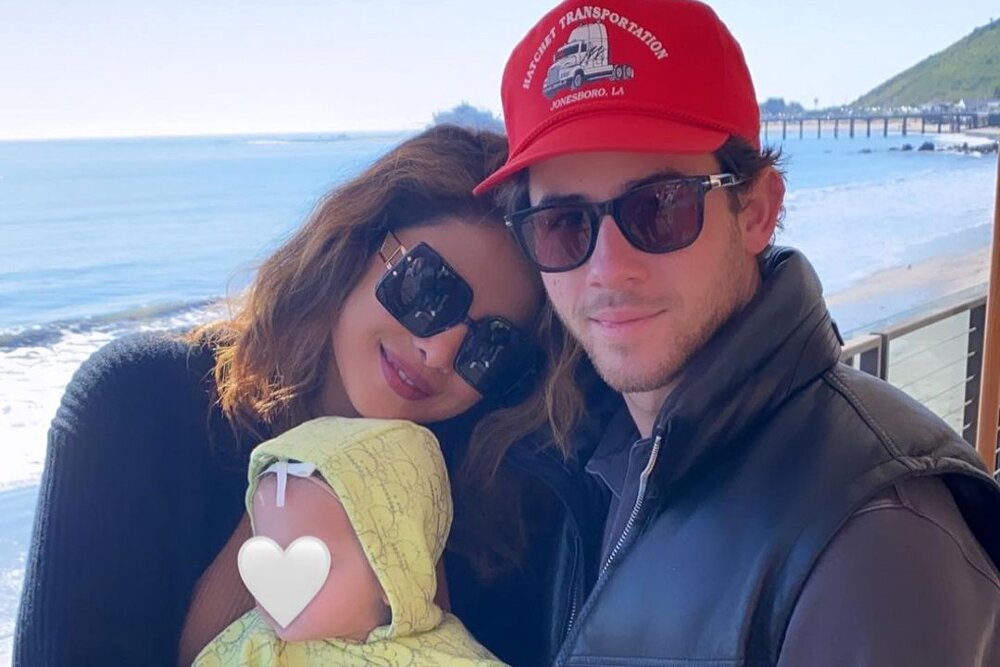 Priyanka Chopra Jonas and Nick Jonas enjoyed a special day at the beach with their little girl.

Over the weekend, the Quantico star, 40, shared a series of sweet photos of the new parents with daughter Malti, who turned 1 earlier this month, as they went for a beach outing in Malibu, California.

Chopra Jonas and the “Sucker” musician, 30, smile together as they pose in front of the ocean while the actress holds her daughter, whose face is covered by a white heart emoji. Malti looks too cute for the sunny outing, wearing a yellow Dior sweat set and a pair of white leggings.

Another photo shows Chopra Jonas looking out at the ocean from a balcony with Malti and a third shot shows the couple taking their daughter closer to the water.

RELATED: Priyanka Chopra Sweetly Snuggles Baby Malti for British ‘Vogue’ : ‘Another One of Our Many Firsts’

Last week it was revealed that Chopra Jonas appears on the cover of British Vogue‘s February issue, in which Malti joins her mom for one of the photos featured in the magazine.

The star’s daughter appears with her mom for a sweet photo that shows Chopra Jonas and Malti both in red as they pose in front of a red backdrop.

Chopra Jonas holds Malti close to her chest, with the little girl’s face away from the camera, as she lies on the ground in a red midi dress.

“Another one of our many firsts together… #MM 👶🏻❤️,” Chopra Jonas wrote as she shared the maternal photo on Instagram last week.

Speaking about how baby Malti has changed her life in the candid interview, Chopra Jonas said, “It’s been 20 years of hustling and working at breakneck speed. I’ve always been like, ‘What’s the next thing?’ […] “But now I feel I have a center, a sense of calm, because every decision ends up being about her.”

The star noted that she is also always keeping her daughter close: “I have, like, seven cameras in her room. There’s really nothing more satisfying than seeing her face as soon as her eyes open.”