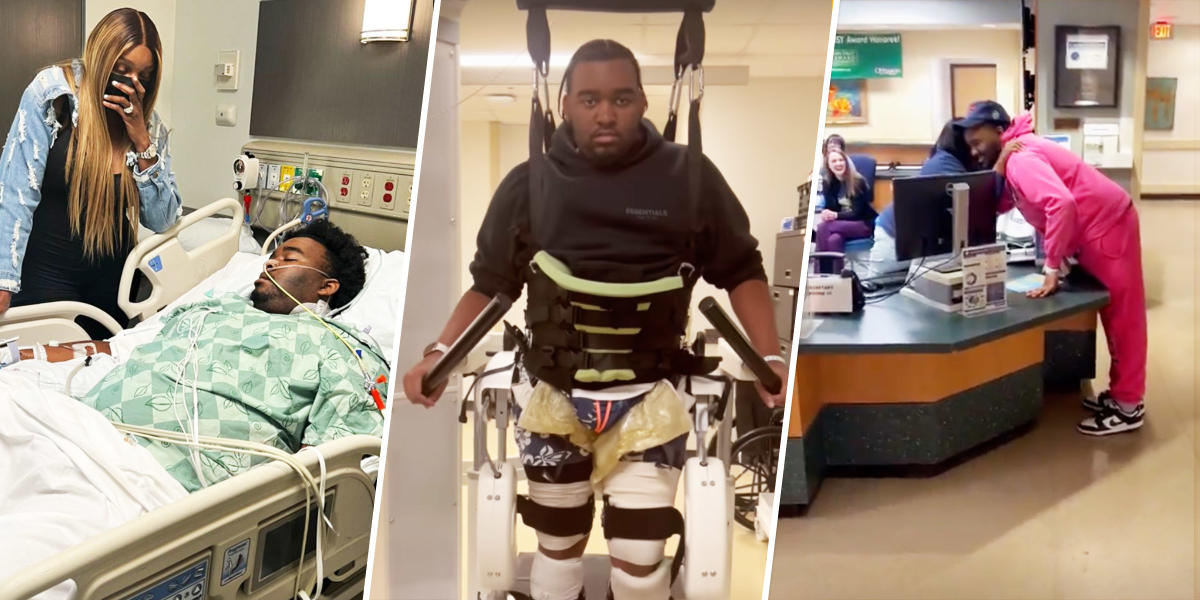 The former “Real Housewives of Atlanta” star, 54, revealed that her son, 23, is walking and talking again two months after suffering a stroke and congestive heart failure.

Leakes shared multiple videos in her Instagram story of her son leaving the hospital as the staff cheered him on.

“Brentt is walking out, oh my God,” Leakes said in one video.

“Oh my god, you have no idea how Brentt came in here,” she said in another video, filming her son walking down the hospital hallway in a pink tracksuit. “Two months later, Brentt is walking out! Hallelujah!”

In one video, he stood with the support of a harness and walked slowly backwards as he tossed a ball.

In another photo, he posed with what appeared to be a team of medical staff and a support dog.

“Nurses are the best,” his mom captioned the pic.

Leakes also penned several messages of gratitude in her Instagram story, including “Home just in time for The holidays” and “To God be the Glory.”

Brentt Leakes suffered a stroke and congestive heart failure in late September. His mom shared the news in her Instagram stories on Oct. 10, saying at the time that doctors were still trying to figure out the cause of his medical issues.

She said at the time that her son was having trouble speaking and that the situation was “very scary.”

“We’re just shocked,” she said. “Just shocked. But I thank all of you guys for your prayers.”

The medical emergency occurred less than a month after Brentt’s father, Gregg Leakes, died of colon cancer at age 66.

“He was very close to his dad, and he’s been super stressed out over it,” his mom said in October when she shared the news of her son’s stroke and heart issues. “I don’t even know if that has anything to do with it at all. I really ask the doctors questions like that, and they seem to think that is not the case with Brentt.”

This article was originally published on TODAY.com