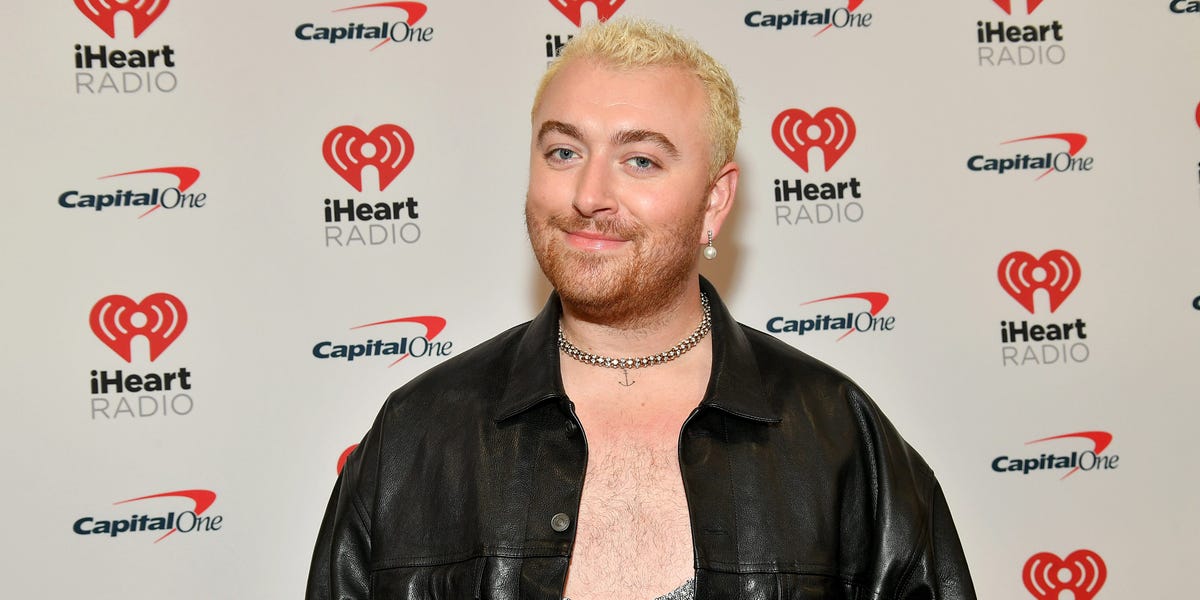 Sam Smith said they “forced” themselves to take off their shirt at the pool to overcome their body image issues.

Speaking with The Sunday Times’ Jonathan Dean in an interview published this weekend, the singer talked about body dysmorphia, authenticity, and identity.

Smith told Dean that they were apprehensive about joining an industry where trim, toned celebrities were considered the standard. They said their parents tried to persuade them to undress while on vacation as a child—to not avail.

When asked how they transformed into a star that regularly wears daring looks onstage and online, Smith said they took a bold approach.

“Within my industry there is definitely that question of, ‘What should a pop star look like?’ When I was 25 I came off tour exhausted,” they said, referring to their “The Thrill of It All” tour. “I looked to role models in the body world. Every time I went to the pool I felt self-conscious, but I forced myself to take my top off.”

They added that the work they did “paid off because I now have the opposite of body dysmorphia,” adding that they think they “look fabulous.”

“I’m finally getting a tan. I’m burned in places I’ve never been burned,” they said.

Smith, whose upcoming album “Gloria” is slated for release on Friday, January 27, also served as the musical guest for “Saturday Night Live” this weekend.

While performing their hit song “Unholy,” singer Kim Petras revealed herself from underneath Smith’s voluminous tulle coat to sing her verse.

Sharon Stone also made a surprise appearance during Smith’s performance of “Gloria,” the album’s title track. The actress, who starred in a 1999 film of the same name, laid on a platform in a gold, corsetted minidress while Smith and a sequin-clad choir sang behind her.

In a statement to Rolling Stone on Friday, Smith said the title tune is “my queer love hymn, saying life is a song to Gloria, the thing I can’t put a word to.”

“I don’t know if it’s nature or a feminine energy inside me that I’m setting free,” they said.