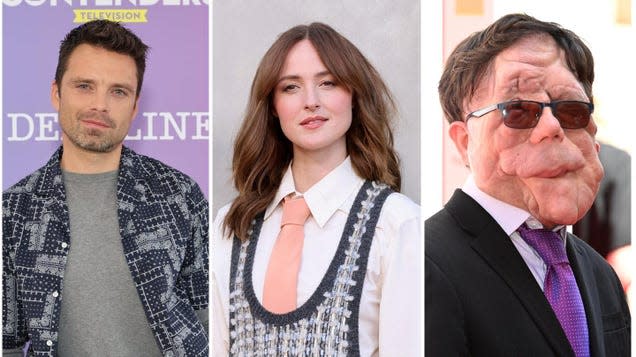 Sebastian Stan, Renate Reinsve, and Adam Pearson are all set to lead Aaron Schimberg’s psychological thriller A Different Manwhich will be financed and produced by A24.

According to dead line, A Different Man follows Edward, “an outcast who is seeking a new life and fresh start. After he undergoes facial reconstructive surgery, he becomes fixed on a man starring as him in a stage production based on his former life. ”

Stan is attached to the project as the executive producer. In addition to A24, the film’s producers include Christine Vachon, Gabriel Mayers, Vanessa McDonnell, and Jason Reif.

Stan recently starred in the Hulu’s cannibalism thriller Fresh, opposite Daisy Edgar Jones. He also starred in the streamer’s limited series Pam & Tommy. His other upcoming projects include the architect drama The Brutalistand Benjamin Caron’s sharper. Stan’s been on a bit of a roll lately, picking up a roster of compelling projects in between his work with the MCU.

Reinsve made waves this last year for her work as the lead in Joachim Trier’s Oscar-nominated romance dramedy The Worst Person In The World. Prior to The Worst Person In The World, she appeared in a slew of Norwegian films, shorts, and television series. Fun fact: She made her acting debut in Trier’s Oslo, August 31st with the single line, “Let’s go to the party.” A Different Man will mark the actor’s first English-language feature film.

Pearson previously worked with Schimberg in his feature Chained For Life, which follows an actor who struggles to connect with her disfigured co-star. He made his film debut in 2013 in the Scarlett Johansson-led feature under the skin. Pearson’s appeared in numerous documentaries as himself, where he discusses disability and his experience of living with neurofibromatosis.