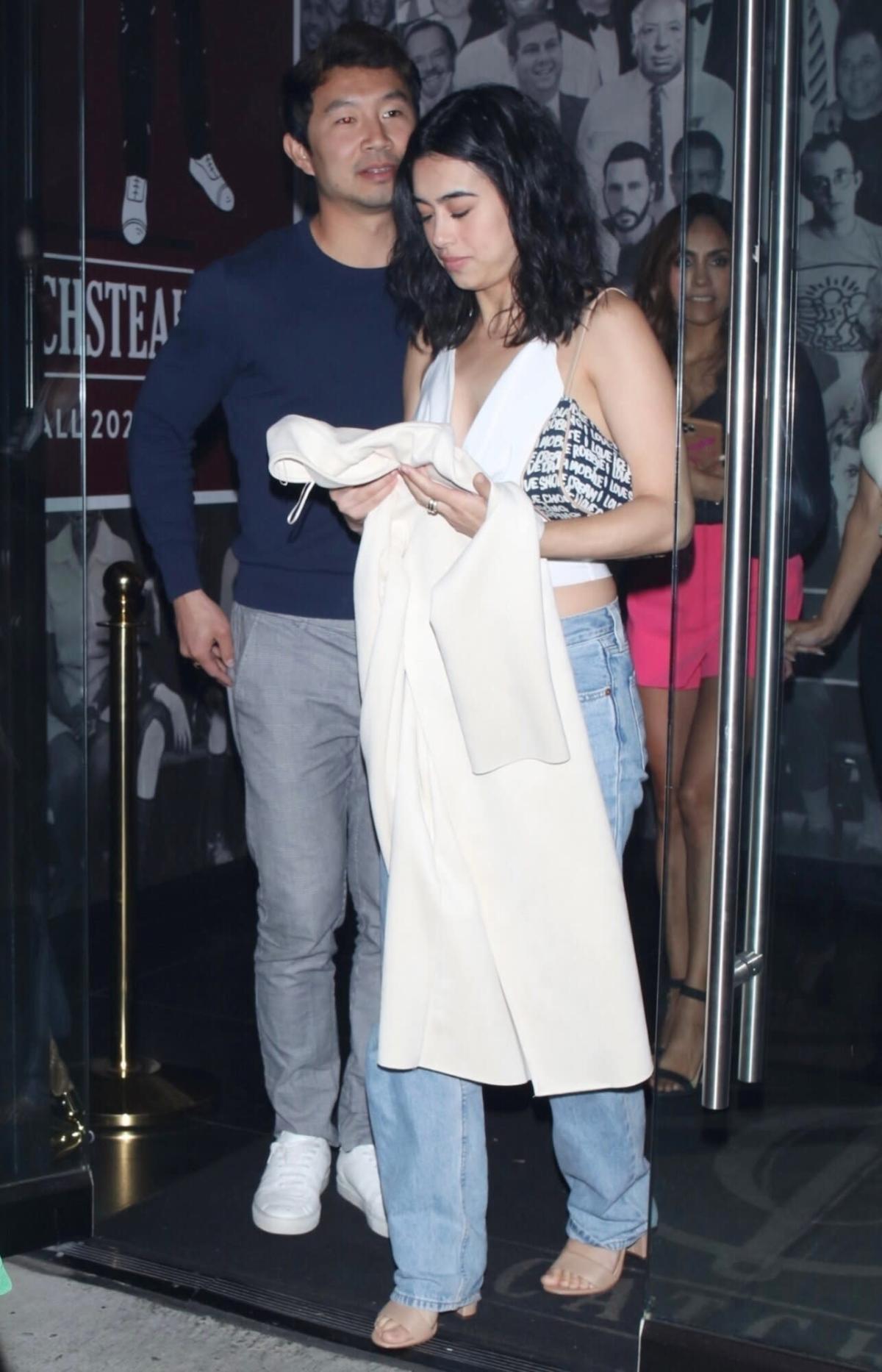 Does Simu Liu have a new lady in his life?

The 33-year-old actor was seen stepping out for dinner Sunday in West Hollywood, California, alongside SeniorYear actress Jade Bender.

Liu and Bender were both dressed casually as they were snapped leaving the restaurant together, with the actress in a white halter top and light-wash jeans.

the Shang-Chi and the Legend of the Ten Rings star, meanwhile, paired slacks with a navy-blue long-sleeved shirt. Extra reports the pair got into the same car following their outing.

Bender and Liu appear to have first met years ago, having posed together at the 2019 Unforgettable Gala in nearby Beverly Hills.

A rep for Liu did not respond to PEOPLE’s request for comment about the relationship.

Never miss a story — sign up for PEOPLE’s free daily newsletter to stay up-to-date on the best of what PEOPLE has to offer, from juicy celebrity news to compelling human-interest stories.

Earlier this year, rumors flew that Liu was dating Chrishell Stause, who set the record straight on Watch What Happens Live in February.

During the episode’s “After Show,” a viewer called in to ask the soap-opera-star-turned-real-estate-agent and reality star whether she had ever connected with Liu romantically before or after selling him his most recent house on season 4 of Selling Sunset. The viewer explained that she and other fans thought they saw a spark between them.

Stause then went on to say that the Canadian actor is “so lovely, he’s amazing,” before adding that she doesn’t think he’s “public with his whole situation, but he’s just a friend.”

When host Andy Cohen pressed her to explain what she meant by “situation,” Stause, 40, explained that she meant Liu likes to keep his dating life private.

Liu — who will next appear on the big screen in Greta Gerwig’s upcoming Barbie live-action film adaptation — is certainly private about his love life, but told Vanity Fair back in June 2021 that he once tried to “impress” a crew member while making Shang Chi.

“There was a cute girl on the crew that I was trying to impress during a very elaborate stunt,” he said. “I winked at her and, when I started running, proceeded to lose my balance, fall, banged my knee and ended up sprawled out 12 feet in the air.”