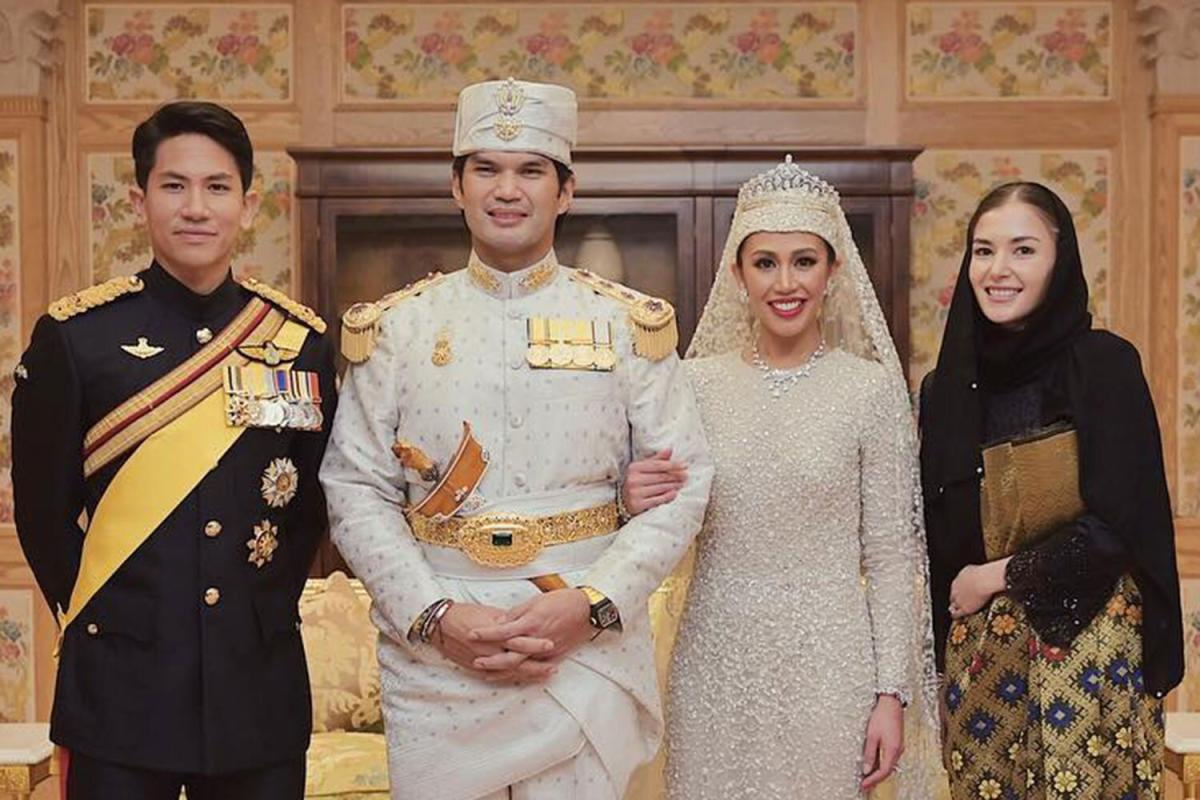 Princess ‘Azemah, 38, is the daughter of Sultan Hassanal Bolkiah, and wedding festivities began in the independent sultanate on the island of Borneo in Southeast Asia on Jan. 8. Prince Bahar is the son of the sultan’s brother Prince Jefri Bolkiah, making the couple first cousins, Tatler reported.

The event began in the Banquet Hall of Istana Nurul Iman, the sultan’s official residence, and seven ceremonies were held in the days that followed, according to the Borneo Bulletin. The traditions included a gift exchange, the presentation of the royal insignia, a three-day wedding ceremony, a dining reception and a ceremonial close.

Princess ‘Azemah’s younger brother Prince Mateen gave a glimpse into the nuptials on social media, posting photos from the Powdering Ceremony on Jan. 11 and the final wedding rite on Jan. 15.

“So happy for my dearest big sister and BJB 🤍,” Prince Mateen, 31, captioned an Instagram carousel, showing the bride in a glittering gown and the groom in a crisp white military uniform.

Princess ‘Azemah’s wedding date was announced in November, according to local media, and guests spoke about attending the event.

“It was an honor to be invited to the wedding festivities to witness a royal wedding in person for the first time as we would only witness these events on television and in the movies!” Ambra Dickie, the Canadian High Commissioner to Brunei, told the Borneo Bulletin.

RELATED: Prince Azim of Brunei, a Film Producer Who Rubbed Elbows with Joan Collins and Mariah Carey, Dies at 38

Making a connection between the Islamic sultanate and the Commonwealth country, she added, “Canada is also a monarchy. So it is not unknown to us to have some amount of ceremony and regalia. But the wedding events showed me a new set of traditions and symbolism.”

Boosara Kanchanalai, Thai Ambassador to Brunei, said the event taught her more about the local culture and customs.

“The ceremonies were solemn yet heartwarming, showcasing religion as the guiding principle, richness in Malay tradition, culture and customs, and I can relate to the feeling of pride and joy among Bruneians,” Kanchanalai said.

Can’t get enough of PEOPLE‘s Royals coverage? Sign up for our free Royals newsletter to get the latest updates on Kate Middleton, Meghan Markle and more!

Sultan Hassanal Bolkiah of Brunei is the father of 12 children, and Princess Azemah is his fifth daughter, the Daily Mail reported.

Sultan Hassanal Bolkiah and his son Prince Mateen attended the state funeral of Queen Elizabeth II in September, and the sultan met with King Charles III in December.