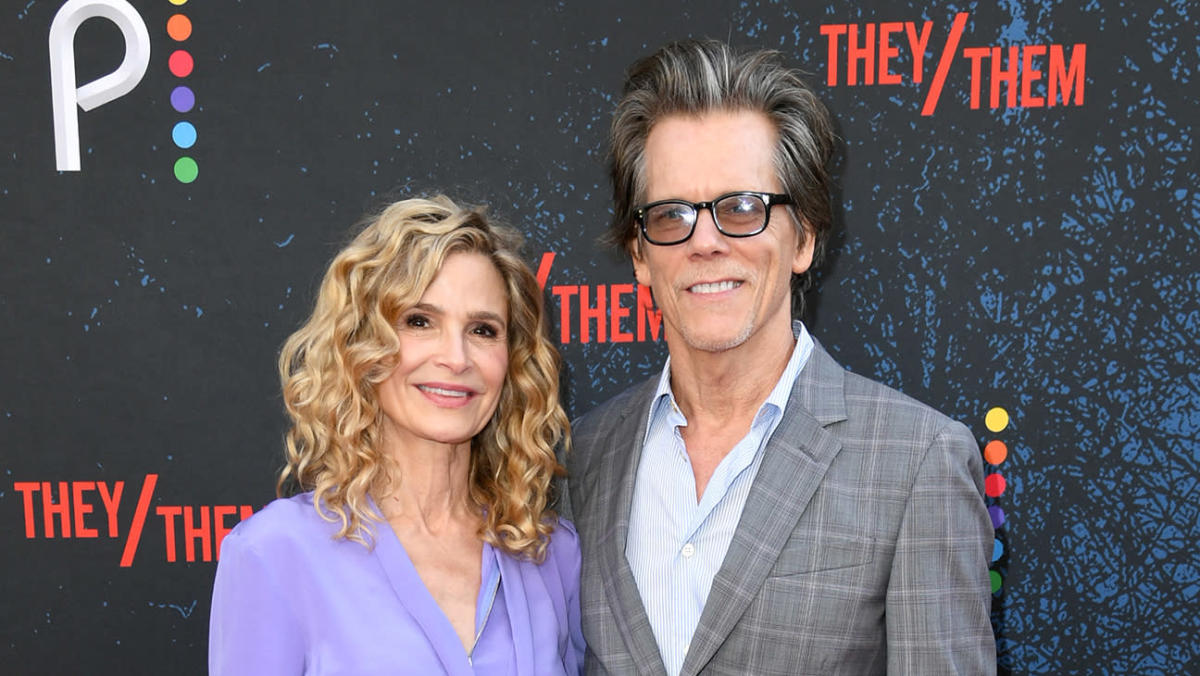 Kevin Bacon says that he and his wife and fellow actor Kyra Sedgwick tried their best to support their now-adult children as they were figuring out their identity, including their sexuality.

The award-winning actor spoke to Yahoo Entertainment ahead of the release of his latest movie, Peacock horror-thriller They/Them, discussing one of the key themes behind the film’s conversion therapy camp setting: accepting one’s children for who they are.

More from The Hollywood Reporter

Bacon “struggles with the idea of ​​other parents rejecting their children” who may identify and express sexualities within the LGBTQ+ spectrum, according to yahoo.

“With our kids, we really tried our best to say, ‘OK, you can do your own thing and figure it out,’” he says. “That’s worked out for our kids, but it’s tough.”

While he tried to create an open and accepting home for his children, who are now adults, he goes on to note that it hasn’t been the societal standard historically.

“There’s a long history of forcing children into boxes, whether it’s based on something cultural or religious,” he adds. “I think that what you have to hope for is that, as a society, we grow and learn from that.”

During the interview, the film’s Oscar-nominated writer John Logan (Gladiator, The Aviator) — who is making his directorial debut with the streaming horror entry — and several of the film’s cast touched on the experience of doing this end in a time when LGBTQ+ rights are being challenged, and even have the potential to be rolled back.

“I can think of no better moment for this movie to come out, because queer rights are being challenged in ways that were inconceivable to me five years ago,” Logan shared. “To get to tell a story that’s about empowerment and celebration of differences seems a worthwhile effort and very timely.”

Actor Monique Kim, who stars as one of the camp’s attendees, says that those who think LGBTQ+ rights are secure are being complacent.

“Complacency is death, so we have to recognize what’s going on,” Kim explains. “People are saying, ‘Oh, it’s never gonna happen,’ but look at what just happened with the [Roe v. Wade] ruling. It’s a precedent that had been set for decades, and if that can be turned around, what’s next? We have to take this very seriously and nip it in the bud while we can.”

The film’s leading actor Theo Germaine noted that they are also concerned about the future of LGBTQ+ rights. But the existence of a film like this — which emphasizes the humanity of LGBTQ+ people — can also be a positive.

“There are a lot of baddies who don’t like us and don’t want us to have rights,” Germaine says. “I have stronger words that I will not say, because it involves language that is foul! But that’s also what makes me all the more excited and inspired to work on something like this.”

They add, “It is a project that takes the terror and fear that queer people experience very seriously… and you see that these are real people with real hearts and souls that need to be protected.”