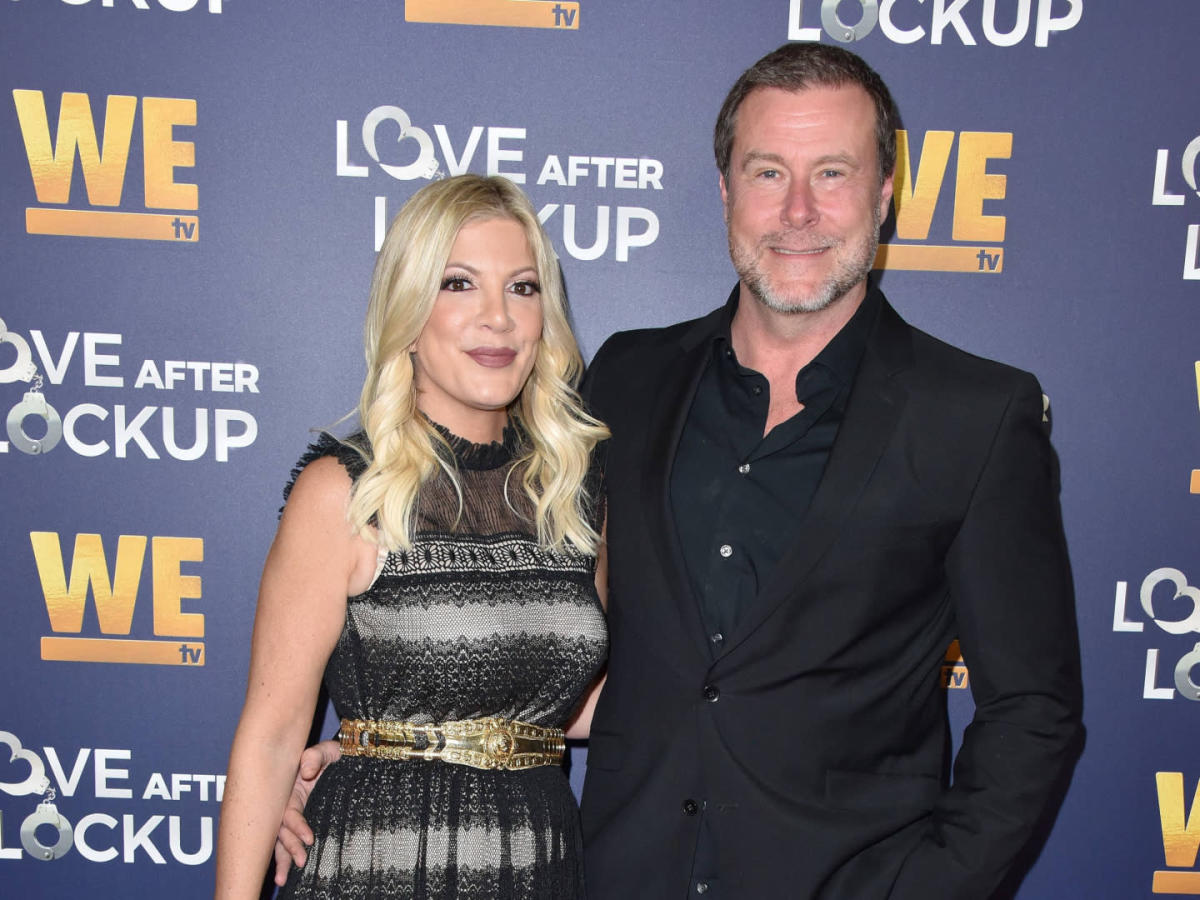 Tori Spelling and Dean McDermott have had a tumultuous marriage for years and they’ve invited the public to witness their woes on several reality shows. As their kids have gotten older, they’ve probably clamped down on talking about their relationship, but one Father’s Day Instagram post might be all anyone needs to see the couple is living separate lives right now.

Earlier this month, an inside source told Us Weekly that the duo was “going through with a trial separation,” but they weren’t proceeding quickly on dissolving their marriage because they know “divorce will be expensive.” Spelling nor McDermott have addressed their rumored split, but it’s the 90210 actress’ social media post on Sunday that might be all the information fans need to know. She and 14-year-old daughter Stella spent the holiday with Lance Bass, his husband Michael Turchin, and their eight-month-old twins, Violet and Alexander — there was no acknowledgment of McDermott whatsoever.

Father’s Day is usually a big deal in any household, especially one with five kids. Even if they weren’t together, many celebs acknowledge their exes on the holiday because they are co-parenting well and they appreciate their blended family. So, this might indicate that things aren’t so rosy right now behind the scenes — and take a closer look at Spelling’s pointed caption. “By coincidence got to spend Father’s Day with my friend @lancebass and his amazing hubby @michaelturchinart and their adorable twins Alexander & Violet,” she wrote. “My DIY diva @stella_mcdermott08 made Alexander crocheted sandals in less than 2 hours and Violet yours will be done tomorrow. Happy Father’s Day everyone and Lance and Michael I have major baby fever again.”

She wished a Happy Father’s Day to “everyone,” so we guess that included McDermott? We know relationships aren’t easy, and they’ve been through plenty with financial woes and infidelity, so this might be a telling sign that things are over (for now).

Before you go, click here to see all the celebrities who have admitted to cheating on their partners.

Launch Gallery: Celebrity Couples Who Stayed Together After Cheating Scandals