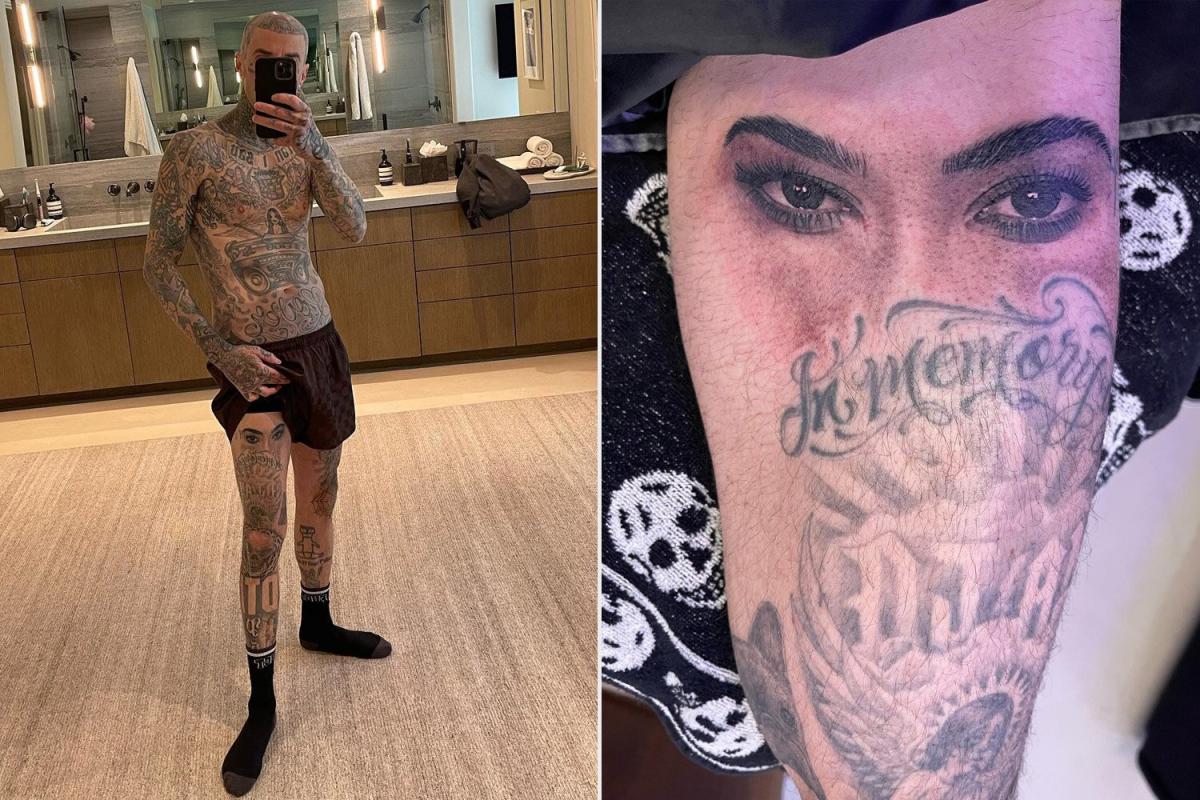 Kourtney Kardashian is keeping her eyes on Travis Barker…forever.

The Blink-182 drummer, 47, revealed a new tattoo in a photo dump he shared Saturday with his 7.9 million Instagram followers, which appears to be of the kardashians star’s eyes.

“Oh hey there,” Barker captioned the post, pulling up his black checkered boxers to show off the new ink in a full-length mirror selfie.

A close-up of the design shows an uncanny likeness to Kardashian, 43, which she shared on her own Insta Story with a GIF of blinking eyes.

RELATED: Kourtney Kardashian Opens Up About All of Travis Barker’s Tattoos Dedicated to Her

The post also included a photo of Kardashian posing for a selfie in the same bathroom mirror, as Barker hides behind her on his knees with his hands on her thighs.

Yet another shot showed a profile of Barker with his Alpha Industries bomber jacket hanging off his shoulder, standing in front of a mural and art installation featuring a boom box.

Kardashian has previously revealed her favorite tattoos Barker has gotten in tribute to her. “The Kourtney, of course,” she said on youODAY, referring to the tattoo on his chest. She noted that she’s also “tattooed him” herself.

“I wrote ‘I love you’ in cursive language, and then I did it. I put it on. I did the gun,” Kardashian said on TODAY in September. “And then I practiced and did a ‘K’ with a heart. So there’s a few.”

Barker also referred to the “I love you” ink from Kardashian as “my favorite tattoo from my favorite tattoo artist.” He shared a photo of it on his Instagram Story of her in 2021 after the Poosh founder completed her masterpiece earlier that year.

After getting legally married in Santa Barbara, Calif. Last May, Kardashian and Barker tied the knot in a big Italian wedding a week later in Portofino, Italy. PEOPLE confirmed the longtime friends were dating in January 2021, and they announced their engagement that October.