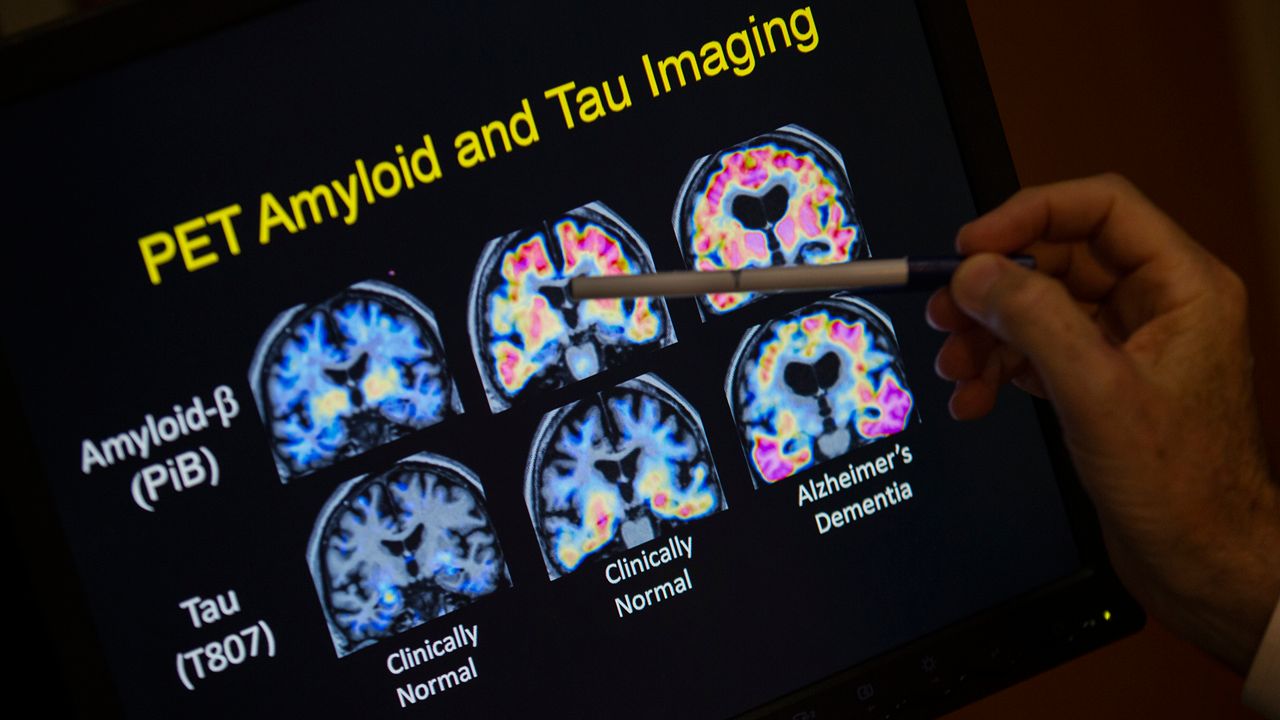 CLEVELAND – A recent study led by the Cleveland Clinic identified that sildenafil, an FDA-approved drug used to treat erectile dysfunction and pulmonary hypertension, reduced the risk of Alzheimer’s disease by nearly 70%, indicating that the drug could be a potential or preventive treatment. measure against ailment.

What you need to know

The researchers behind the study, published in Nature Aging, used a computational methodology to select and validate FDA-approved drugs as potential therapies for Alzheimer’s disease. The team created a large-scale database of more than 7 million patients, comparing sildenafil users with non-users.

The drug sildenafil is commonly known as the brands Viagra and Revatio.

The data shows that sildenafil users were 69% less likely to develop Alzheimer’s disease than those not using sildenafil after six years of follow-up.

The scientists indicated that follow-up clinical trials of the drug’s efficacy in Alzheimer’s patients would be necessary.

“This article is an example of a growing research area in precision medicine where big data is key to connecting the dots between existing drugs and a complex disease like Alzheimer’s,” said Dr. Jean Yuan, program director for Translational Bioinformatics and Drug Development. at the National Institute on Aging. “This is one of many efforts we are supporting to find existing drugs or safe compounds available for other conditions that would be good candidates for Alzheimer’s disease clinical trials.”

Dr. Feixiong Cheng of the Cleveland Clinic Institute of Genomic Medicine, who led the study, and his team launched the study to better understand the subtypes (endophenotypes) of neurodegenerative diseases such as Alzheimer’s disease to reveal common underlying mechanisms, with the hope of repurposing drugs that could make an impact.

Two trademarks of Alzheimer’s disease are the accumulation of beta amyloid and tau proteins in the brain, leading to amyloid plaques and neurofibrillary tau tangles. While the location and quantity of these two proteins can help identify subtypes to better understand the disease, there are currently no FDA-approved small-molecule anti-amyloid or anti-tau treatments for Alzheimer’s disease on the market.

“Recent studies show that the interaction between amyloid and tau contributes more to Alzheimer’s disease than either of them alone,” Cheng said. “Therefore, we hypothesized that drugs that target the intersection of the molecular network of amyloid and tau endophenotypes should have the greatest potential for success.”

The team used a large-scale gene mapping network that integrated genetic and biological data to see if one of the more than 1,600 FDA-approved drugs could be effective against Alzheimer’s. Drugs that identified both amyloid and tau proteins had a much greater effect. Sildenafil had a 55% lower risk of disease compared to losartan, 63% compared to metformin, 65% compared to diltiazem, and 64% compared to glimepiride.

“Sildenafil, which has been shown to significantly improve cognition and memory in preclinical models, was presented as the best drug candidate,” Cheng said.

Once the team saw the data, they decided to further study the impact of sildenafil by developing a model of brain cells derived from Alzheimer’s patients using stem cells. From that model, they found that sildenfil increased brain cell growth and decreased hyperphosphorylation of tau proteins, which is to blame for the loss of normal physiological function.

“Because our findings only establish an association between the use of sildenafil and a reduction in the incidence of Alzheimer’s disease, we are now planning a mechanical trial and a randomized phase II clinical trial to test causality and confirm clinical benefits. of sildenafil for Alzheimer’s patients, ”Cheng said. “We also anticipate that our approach will be applied to other neurodegenerative diseases, including Parkinson’s disease and amyotrophic lateral sclerosis, to accelerate the drug discovery process.”

The latest development in treatments for Alzheimer’s disease occurred during the summer. In June, the FDA conditionally approved the drug Aduhelm (aducanumab), the first new drug to treat Alzheimer’s disease patients in nearly two decades. But about a month after its approval, US health regulators approved new prescribing instructions that will likely limit its use.

The new drug label emphasized that Aduhelm is appropriate for patients with mild or early-stage Alzheimer’s, but has not been studied in patients with more advanced disease. This caused confusion and doubt in doctors across the country, with many places like the Cleveland Clinic coming out and saying they would not administer the drug until it has been further studied.

In June, the health news site Stat reported several new revelations about the unusually close collaboration between Aduhelm’s drug maker, Biogen, and the FDA’s drug review staff. Notably, the site reported on an undocumented meeting in May 2019 between a senior Biogen executive and the FDA’s lead reviewer for Alzheimer’s drugs.

The meeting came after Biogen stopped two studies because the drug did not appear to slow the disease as expected. Biogen and the FDA began re-analyzing the data together and concluded that the drug might work. The collaboration eventually led to the drug’s conditional approval two years later, on the grounds that the drug reduced the build-up of sticky plaque in the brain that is believed to play a role in Alzheimer’s disease.

The drug is still on the market and is intended to treat the early stages of Alzheimer’s disease. In addition to the doubts of the doctors, the other problem is that there are doubts of the insurance companies. Medicare won’t decide whether to pay for Aduhelm until next year, and many other insurers seem to be waiting for the government to make a decision before making their own.

Associated Press contributed to this report.