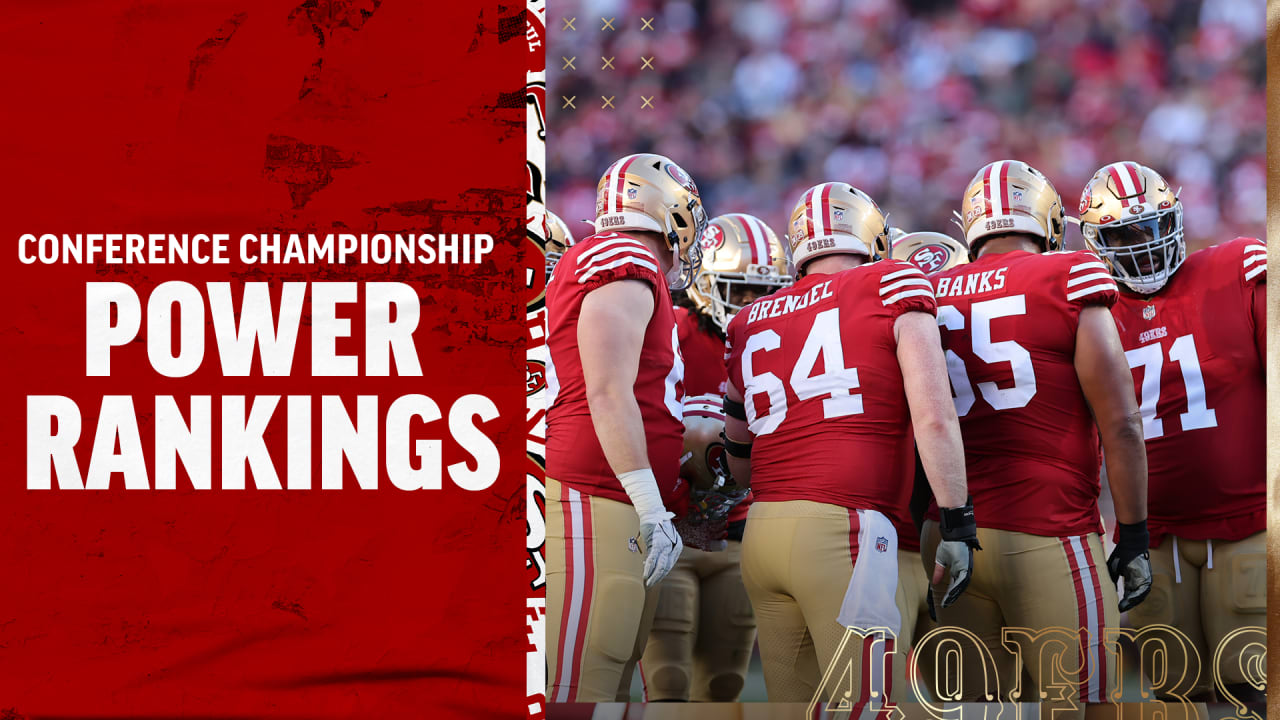 Around the NFL Writer Dan Hanzus

“The story on Sunday was not Brock Purdy and the unstoppable offense. Instead, it was a suffocating defense that did most of the heavy lifting in a 19-12 win over the Cowboys that punched San Francisco’s ticket for a third NFC title game appearance in four years.This is a trait of all the truly great teams: You need to be a shapeshifter, especially in the crucible of the NFL postseason.The Niners averaged 38.3 points per game in their previous four weeks, but they outlasted the Cowboys defense by bewildering Dak Prescott and holding Dallas to one touchdown and 282 total yards.The challenge will be even greater on Sunday in Philadelphia, but the Niners are battle-tested, undefeated since October and versatile enough to handle anything that comes their way.”

“It’s hard to take a team that ranks so high in nearly every metric on offense or defense and place them last among the competitors for the Super Bowl… A lot of the excellent production San Francisco’s seen offensively with Brock Purdy at the helm has to do with his quick decision-making, good accuracy and toughness in the pocket, and those are all a credit to him.”

“Win a Super Bowl: Purdy would be the first rookie and the first third-string quarterback to win a Super Bowl. Going from Mr. Irrelevant to an undefeated rookie season with a ring would be the subject of movies and books for decades to come It doesn’t matter that Purdy is helped immensely by a great defense, superior coach and fantastic offensive teammates. With a championship, the name ‘Brock Purdy’ would be synonymous with an underdog story for the ages.”

“Shanahan is a respected coach but he’s also known for roles in three of the most notable playoff collapses ever. He was offensive coordinator of the Atlanta Falcons in Super Bowl LI when they blew a 28-3 lead, head coach for the San Francisco 49ers when they blew a 10-point fourth quarter lead in Super Bowl LIV, and last season when the 49ers blew a 10-point lead in the fourth quarter of an NFC Championship Game against the Los Angeles Rams.Winning a Super Bowl would go a long way in erasing those losses. He won’t get his proper due until he takes that final step.”

“Ryans is on the short list of top head-coaching candidates already, so maybe he doesn’t need a 49ers Super Bowl. But his stature would grow if San Francisco wins a Super Bowl with a rookie quarterback. The 49ers defense is the best in the NFL, and it can join squads like the 1985 Chicago Bears, 1990 New York Giants, 2000 Baltimore Ravens, 2002 Tampa Bay Buccaneers and 2015 Denver Broncos, whose defensemen carried them to a championship. With a Super Bowl ring, he would be an undeniable coaching star.”