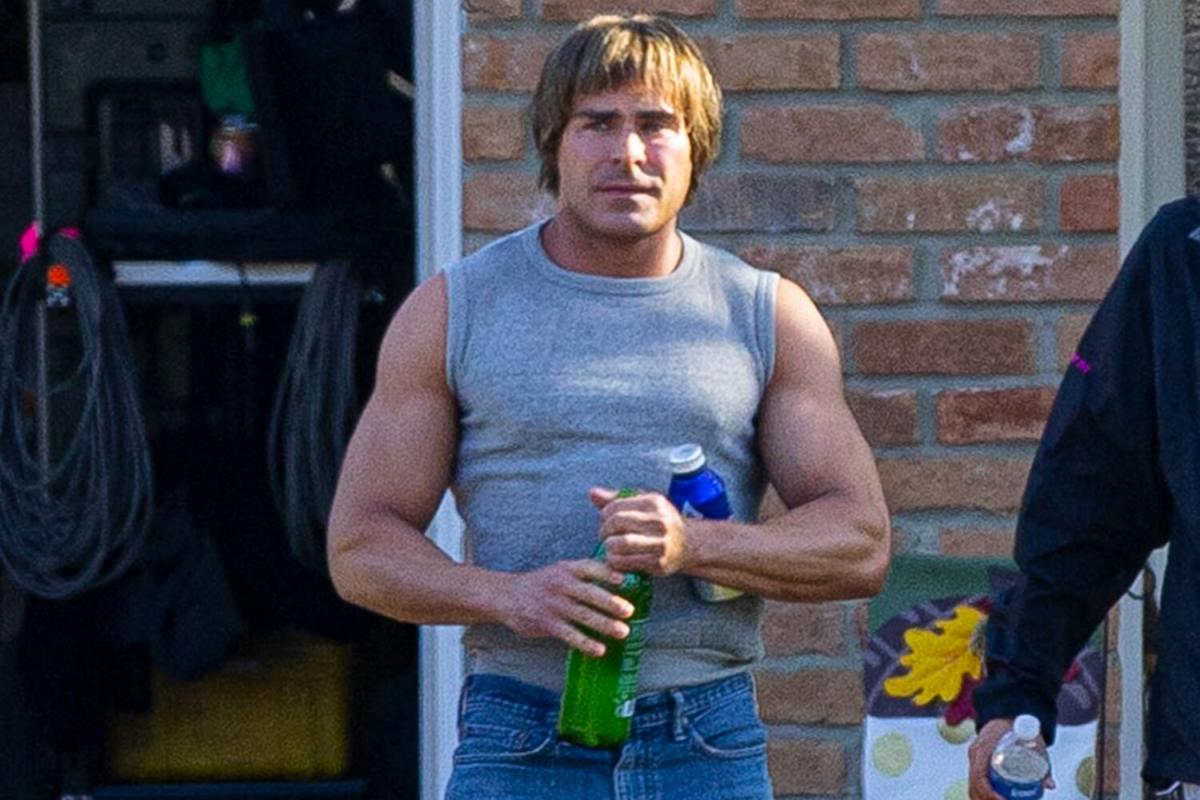 On Monday, the actor was spotted again on the New Orleans set of his upcoming wrestling movie The Iron Claw. Efron, 35, was still wearing the same costume he was photographed in on set earlier this month when he and costar Lily James were spotted filming scenes for the upcoming A24 film.

Efron, who most recently appeared in the movie The Greatest Beer Run Everhas been sporting his muscular physique on the set of the upcoming movie for over a month.

The first photos of his look for the movie were published in October, showing Efron as he stood shirtless with a towel around his waist.

RELATED: Zac Efron Soars Inside the Wrestling Ring for First Official Photo from The Iron Claw

On Nov. 7, Efron and A24 unveiled the first official photo from The Iron Clawshowcasing Efron’s character — “the Golden Warrior himself,” Kevin Von Erich — midair during a wrestling match with an opponent played by Chavo Guerrero Jr.

“First Look at my latest project Iron Claw! Can’t wait to show you more…let’s go,” Efron wrote in the caption.

The film is based on a true story and tracks the “rise and fall of the Von Erich family, a dynasty of wrestlers who made a huge impact on the sport from the 1960s to the present day,” according to the studio.

In October, the real-life Von Erich, who in 2009 was inducted into the WWE Hall of Fame, told TMZ in a video interview that Efron “looked great” in the photos.

“It’s going to be a hard job, I think. It’s a lot of information and a lot of time and so they’ve got some tough work ahead of them, but I saw a picture of the guy and he looked great,” he told the outlet. “I don’t think I ever looked that good, so I think they’re going to do great. I’ll bet they do.”

Von Erich told TMZ that while he has spoken with Durkin, he has not been in touch with Efron about the role.

RELATED: Zac Efron and Lily James Seen in Costume on Louisiana Set of The Iron Claw

“But as far as [Efron] is concerned, I just saw this picture and he looks really good and muscular,” he said of the actor, adding that Efron “must really be working out hard.”